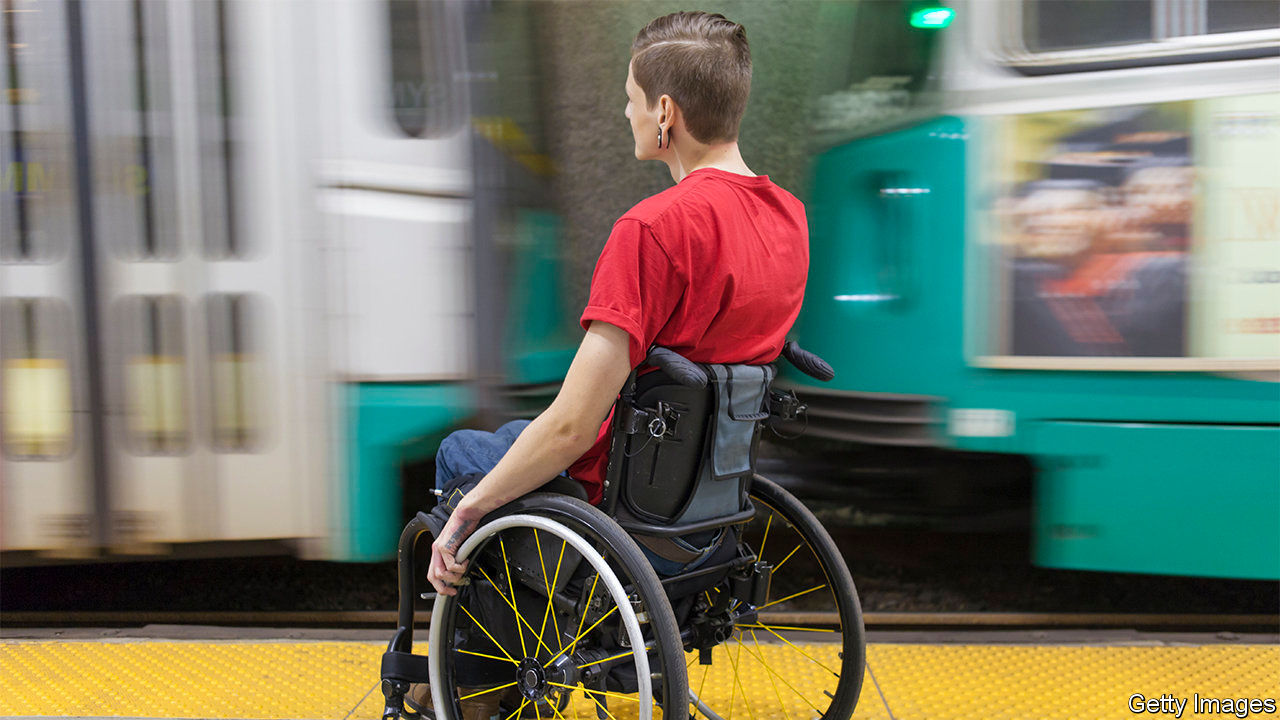 TRAVELLING for work can be expensive, uncomfortable and unpleasant, even for those without a mobility issue. But spare a thought for people who do, many of whom get appalling service from train firms and airlines around the world. The latest case to have hit the headlines is that of Tanyalee Davis, a Canadian living in England, who has said that she was left feeling so humiliated that she “wanted to crawl under a rock and die” after a recent train journey from Plymouth to Norwich. Ms Davis, who uses a mobility scooter as she has a form of dwarfism, was forced to move from an unreserved wheelchair space to make way for a pushchair (pushchairs do not have priority for such spaces). When she complained, the guard announced to the train that they would be stopping indefinitely at the next station because the “woman in the mobility scooter was causing problems.”

For Ms Davis, a touring comedian, incidents like this are all too frequent and are no laughing matter. And she is not alone. Frank Gardner, a disabled journalist at the BBC, a...Continue reading

Why the Taj Mahal is changing colour