How bosses should respond to the sound of the clock ticking 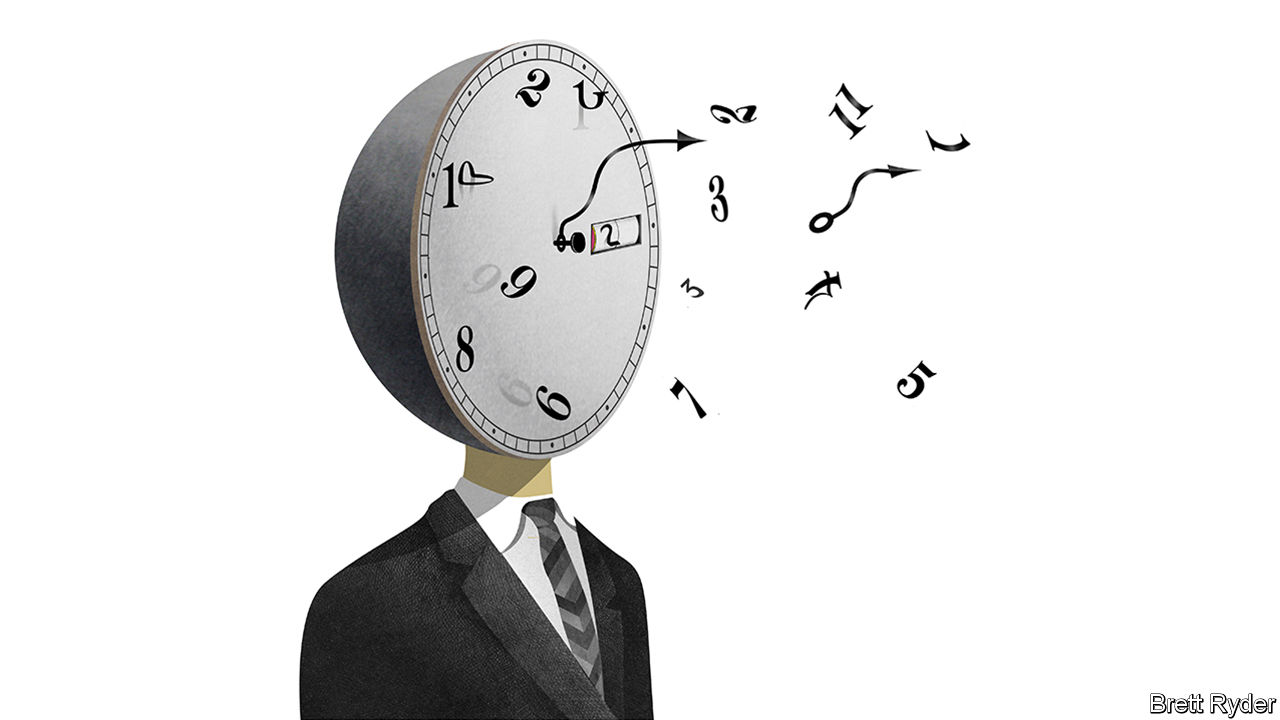 TIME is one of the most disputed and confusing subjects in business. Schumpeter is writing this column after attending a conference which began with experts describing a new era of exponential technological change. It ended with a guru who had studied 70,000 years of history and who confidently discussed humanity’s fate over the 21st century (it does not look good). In the sessions in between, specialists discussed Asia’s outlook in 2030—though they struggled to cope with Asia in 2018, starting 68 minutes behind schedule, a daily lag which, if maintained across the intervening period, would mean the fourth decade of the century would begin seven months late.

In business well-established frameworks exist for everything from corporate finance to supply chains and human resources. Time is more slippery. Should firms act now or later? Quickly or slowly? There are no clear rules. In a state-led economy the government controls the future to some extent, setting laws and allocating resources in order...Continue reading