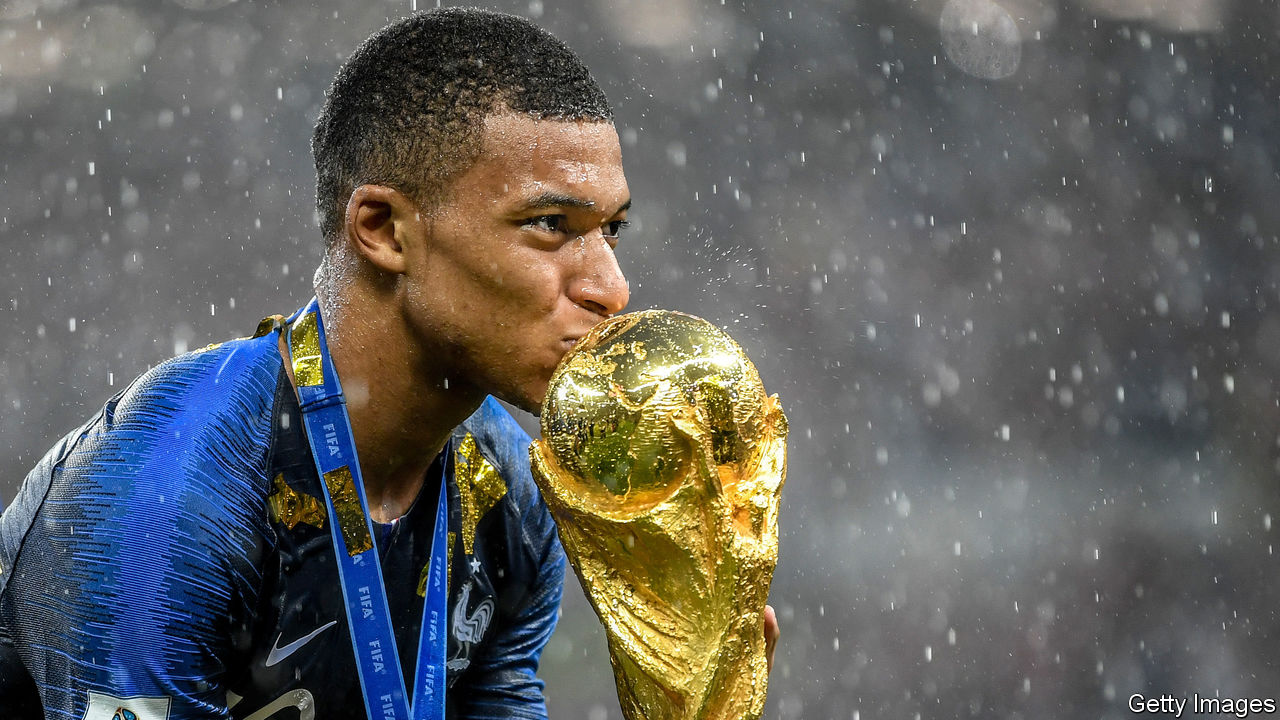 CHEERS erupted from Calais to Cannes when Kylian Mbappé, a 19-year-old striker, thumped in France’s fourth goal in the World Cup final on July 15th. Among the smuggest onlookers were the accountants at Paris Saint-Germain, Mr Mbappé’s club. He was already a prized asset before the tournament, having broken the record for goals scored by a teenager in the Champions League, Europe’s premier-club competition. CIES Football Observatory, a research organisation, reckoned then that his club could charge €190m ($223m) for him. But an electrifying World Cup, with four goals, has surely increased his value.

That, at least, is how the transfer market usually responds to international tournaments. According to 21st Club, a consultancy, each time a player found the net in the World Cup and European Championship tournaments in 2004-16, his price went up by, on average, 13%. After the 2014 World Cup James Rodríguez, whose six goals for Colombia made...Continue reading