Google is fined €4.3bn in the biggest-ever antitrust penalty 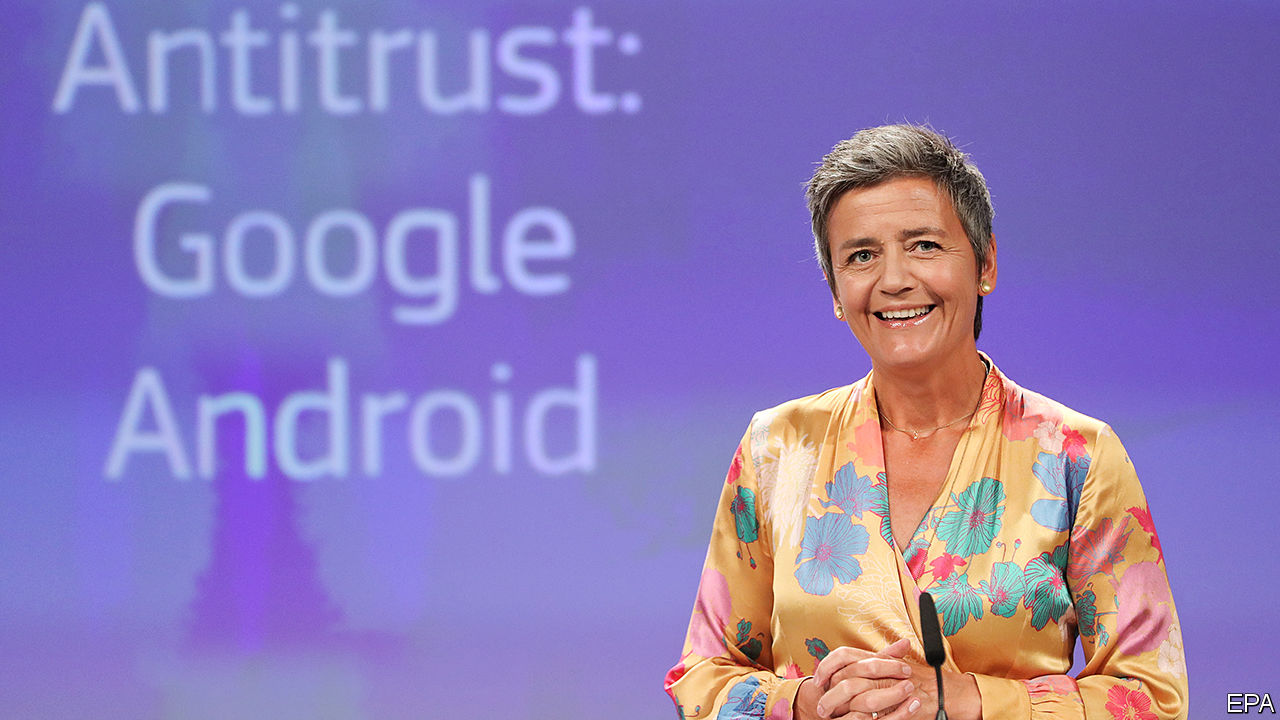 “THE making of a big tech reckoning,” blared one typical headline earlier this year. “The case for breaking up Amazon, Apple, Facebook and Google,” touted another. Based on media coverage alone it might seem as if the tech titans are in trouble. Add in the news, on July 18th, of a record €4.3bn fine for Google by the European Commission and that impression is strengthened. But if you look hard at where the regulatory rubber is actually hitting the road, the techlash seems much less brutal. Notwithstanding this week’s fine—which amounts to just over $5bn and is the biggest antitrust penalty ever—the online giants are nowhere near being reined in.

To be sure, the mood has changed. In America a survey for Axios, a news website, found that between October and March the favourability ratings of Facebook, Amazon and Google had fallen by 28%, 13% and 12%, respectively. Republicans such as Ted Cruz, a senator, now employ anti-tech rhetoric. Last month the Federal Trade Commission (FTC)...Continue reading

What is happening in Nicaragua