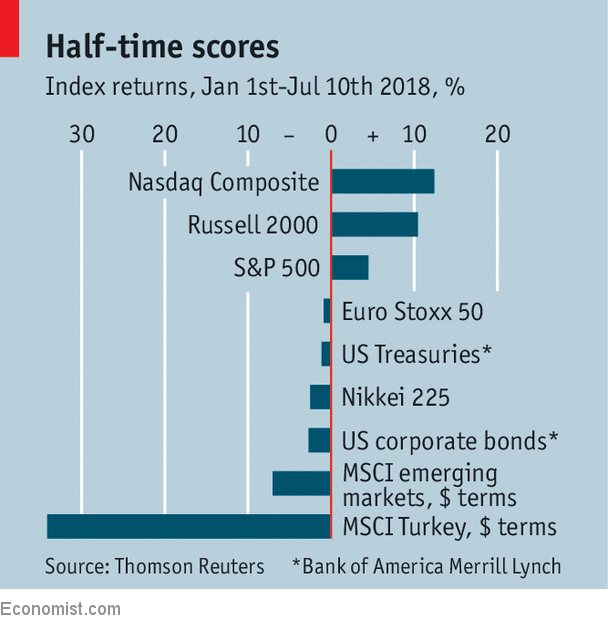 BEARS sound clever; bulls make money. This piece of financial acumen, imparted by a trader to a colleague, is hard to beat for brevity. It also makes a good point. There is something about market pessimism that endows bears with an aura of wisdom that is not always deserved. The cautious sound clever because they appear to have weighed the odds. Optimists seem heedless by comparison. Yet it is only by taking on risk that investors can hope to make money.

So it is telling that even bulls are now sounding cautious. The economy and stockmarket in America have had a good run, after all. The expansion, which started in 2009, is now the second-longest on record. Unemployment is low. The Federal Reserve is hawkish. This mix tends to kill a bull market sooner rather than later. The question is how much further stocks can rise. Is there still time for bulls to make money? Or will being a bear save you money as well as make you sound clever?

In this debate, each side has a distinctive way of looking at...Continue reading