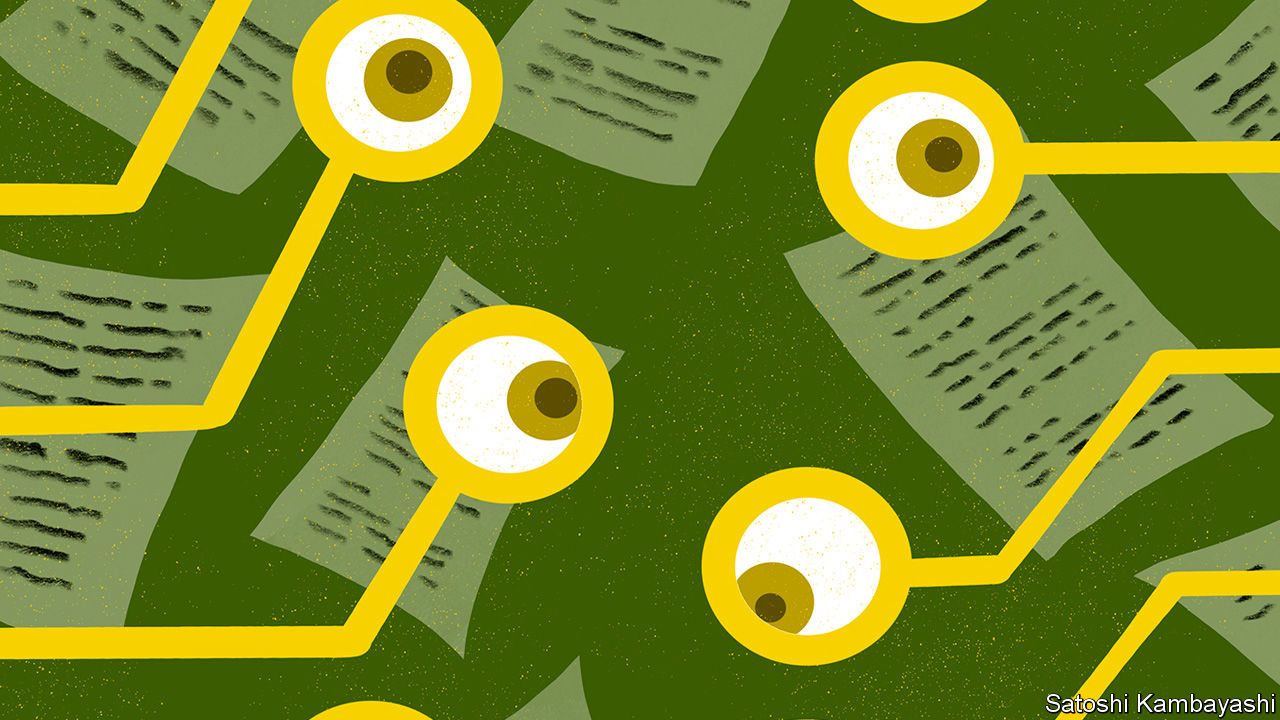 LONG hours have been the bane of the legal profession for ages; few of them involve thrilling courtroom antics. As a junior corporate lawyer at Davis Polk & Wardwell, a law firm in New York, John Bick remembers spending most of his waking hours poring over contracts looking for clauses that could complicate or kill off a deal. Even once he became a partner he still had to pitch in on due diligence for large transactions. In 2015 nearly a third of British lawyers were looking to leave the profession, according to the job searches of more than 1,000 of them by Life Productions, a career-change consultancy, perhaps because of the drudgery.

Such dissatisfaction may recede in future. Now on his firm’s management committee, Mr Bick is drafting in artificial intelligence (AI) to do the gruntwork—like many others at top law firms in New York and London. The shift could transform lawyers’ work and slash costs for clients.