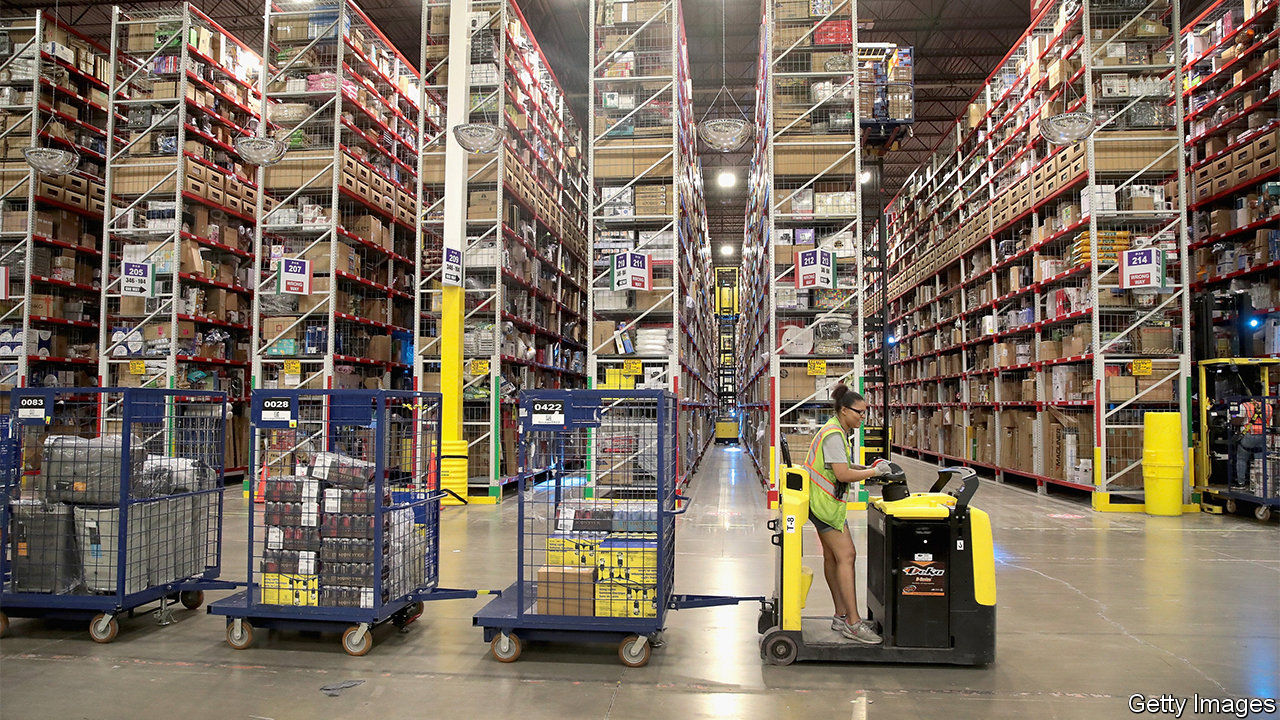 FOR years, online retailers in America have enjoyed an unfair advantage over their bricks-and-mortar competitors. Unless they were physically located in the same state as a shopper, they were not obliged to collect state and local sales taxes. Shoppers were still legally required to pay taxes on their online purchases, but not everyone did in practice. Many instead to chose to treat the internet as a place to find discounts. Given that state and local taxes can add up to as much as 12% of a product’s prices, the potential savings were substantial. This practice is now coming to an end. On June 21st America’s Supreme Court ruled that online retailers would finally have to start collecting sales tax themselves.

The company that has benefited most from this loophole is probably Amazon, America’s biggest online retailer. When it started out, it collected sales taxes only from customers who lived in its home state of Washington. In recent years, however, Amazon has built distribution...Continue reading

Airbus and Boeing are tightening their hold on the sky

What are “predatory” academic journals?