Chinese and US tech giants go at it in emerging markets 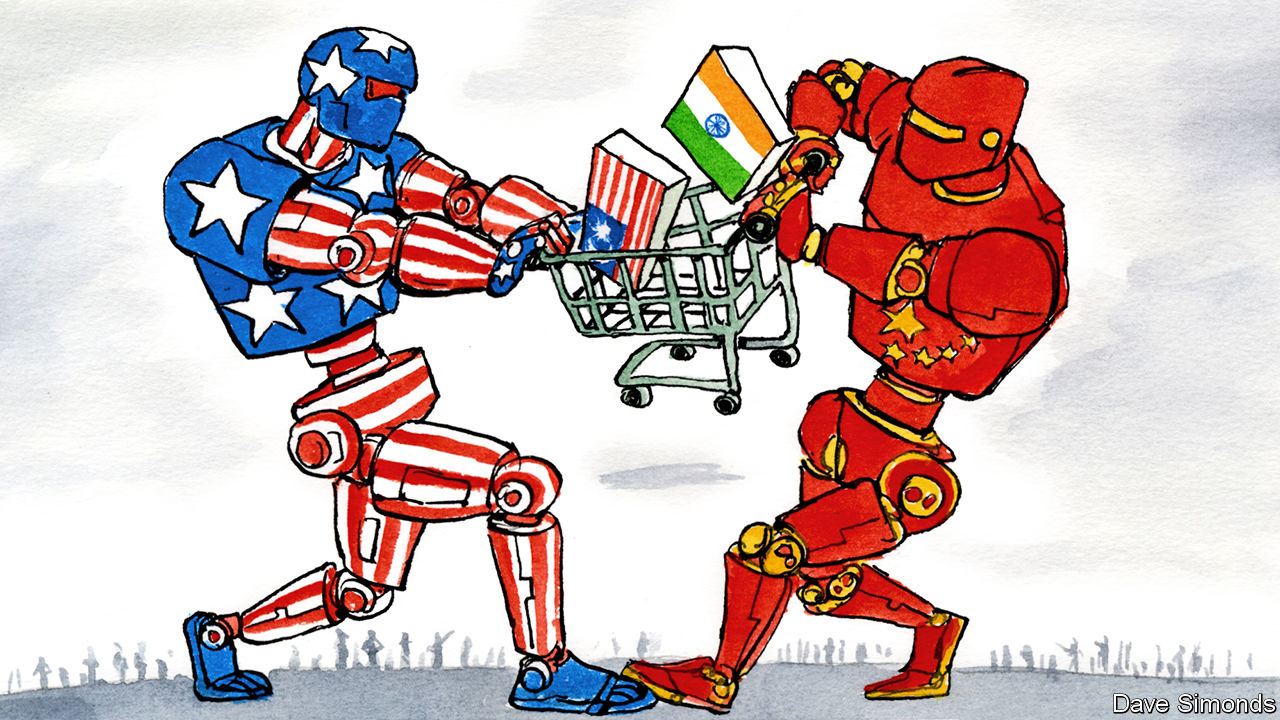 TWO contests are under way in which titans holding billions in their thrall vie for global domination. One is unfolding on Russian football pitches and features the likes of Neymar and Harry Kane. The other is playing out on the smartphone screens of consumers in India, Indonesia, Brazil and other emerging economies. There, American online superstars such as Google, Facebook and Amazon are pitted against a Chinese dream team led by Alibaba and Tencent.

The geopolitics of business means that the world’s biggest tech firms have swelled to combined market capitalisations of over $4trn without really going head to head. China blocked Google et al with its Great Firewall, preventing American firms (Apple is an obvious exception) from taking on Chinese rivals on the mainland. Chinese giants have stayed out of America; Europe fell under the spell of Silicon Valley before Chinese tech had matured.