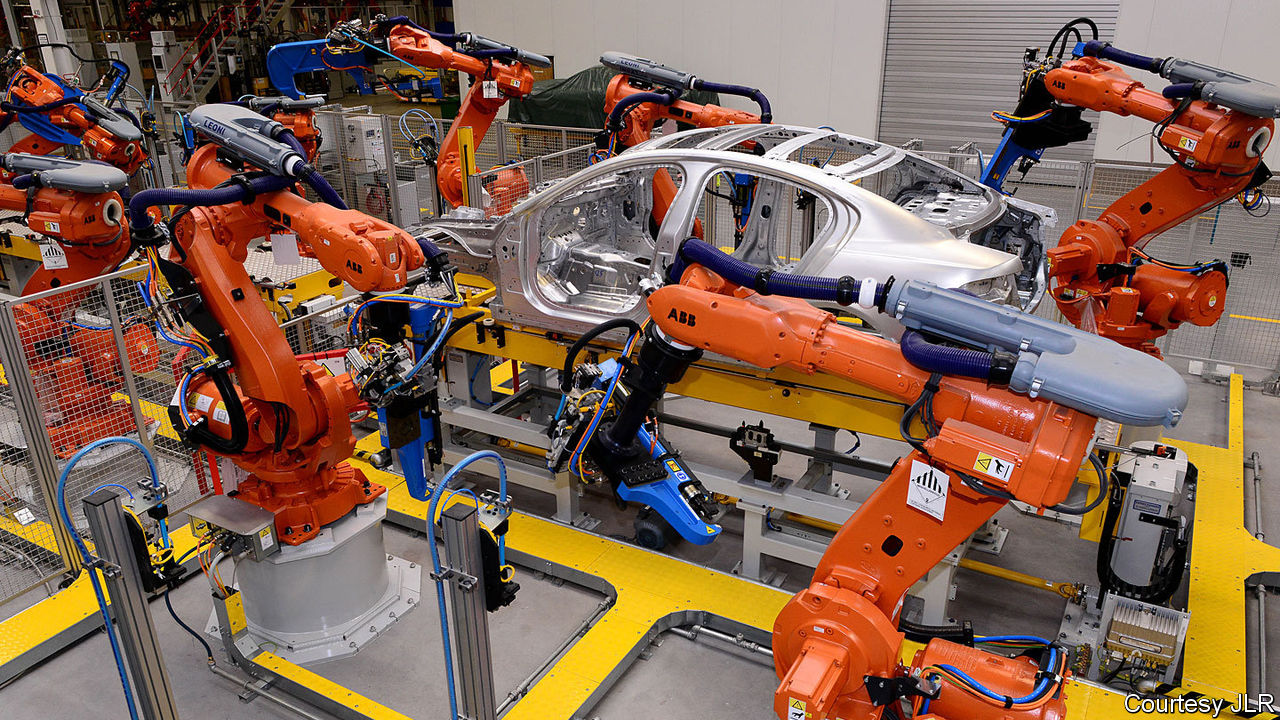 THEY evoke metal gorillas in a cavernous, floodlit hall: 640 robots with riveting guns and arms for handling parts. They will spring into action this autumn at the opening of a new plant for Jaguar Land Rover (JLR), built at a cost of €1.4bn ($1.6bn) on former farmland in Nitra, in western Slovakia. Cars under construction will travel along 3.9km of elevated maglev track, taking just two days from start to completion. The robots, together with 2,800 human workers, will assemble a Land Rover Discovery every two minutes.

JLR is just the latest carmaker to come to Slovakia. VW arrived 27 years ago, followed by Kia and PSA. The firms together churn out over 1m cars annually, more per head of population than any other country. JLR considered 30 or 40 locations, says Alexander Wortberg, who oversees operations at Nitra. Mexico has cheaper workers and (for now, at least) favourable access to the American market. But Nitra is close to a new motorway and Slovakia has an impressive supply chain,...Continue reading