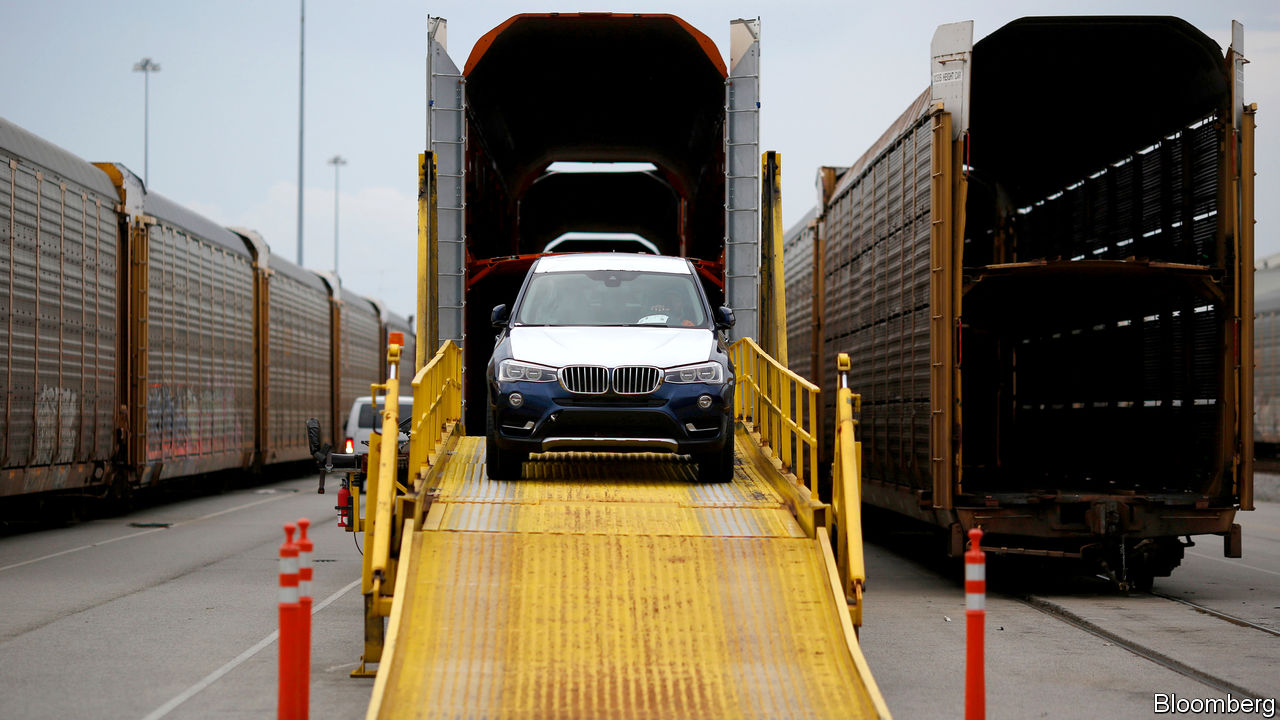 THE menace to Americans from immigration of the wrong sort is immense, according to President Donald Trump. The list of items he wants to deter from crossing the border includes objects as well as people, and one in particular holds his attention. In trade terms, he told Fox News on July 1st, “the cars are the big one.” With good reason, he views auto tariffs as a far deadlier weapon than the duties already imposed on steel and aluminium when it comes to extracting trade concessions from other countries.

That is dire news for all carmakers, which are among the world’s most globalised firms. But Germany’s are the most dependent on exports. Most well-off Americans long ago traded in Lincolns and Cadillacs for the refinement of Teutonic marques. A tweet from Mr Trump on June 22nd reaffirming his tariff plans sent the shares of Daimler, which makes Mercedes, and of BMW into a nosedive.