IT IS rare to see the words “Canada” and “world domination” in the same sentence. The country’s cannabis producers want to change that. With an eye on October 17th, the date on which recreational marijuana will become legal, medical-cannabis firms have been expanding at home and talking up their global ambitions in a most un-Canadian way. Lots of joint ventures—in the legal sense—are being signed abroad. The hope is that having a base in the first large country to make pot legal for adults (Uruguay legalised cannabis in 2017) will give them an unbeatable lead. 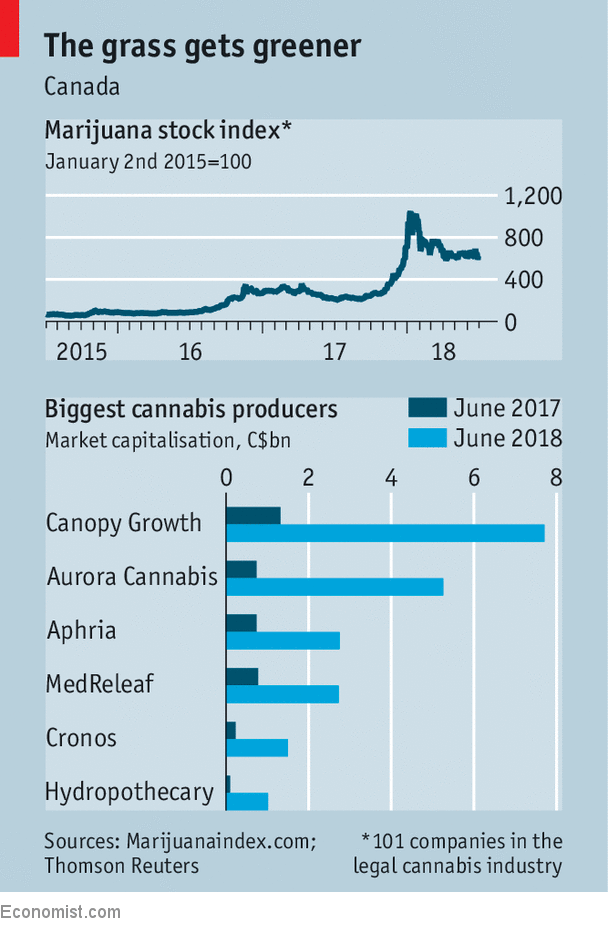 To date firms have financed their expansion plans largely by selling shares, supplemented by funding from smaller investment banks and credit unions. Enthusiastic investors have pushed share prices to stratospheric levels (see chart)—many warn of a bubble. But the biggest banks, without whom nothing substantial is financed in Canada, have been wary. That changed on June 26th when the Bank of Montreal agreed to loan Aurora Cannabis up...Continue reading