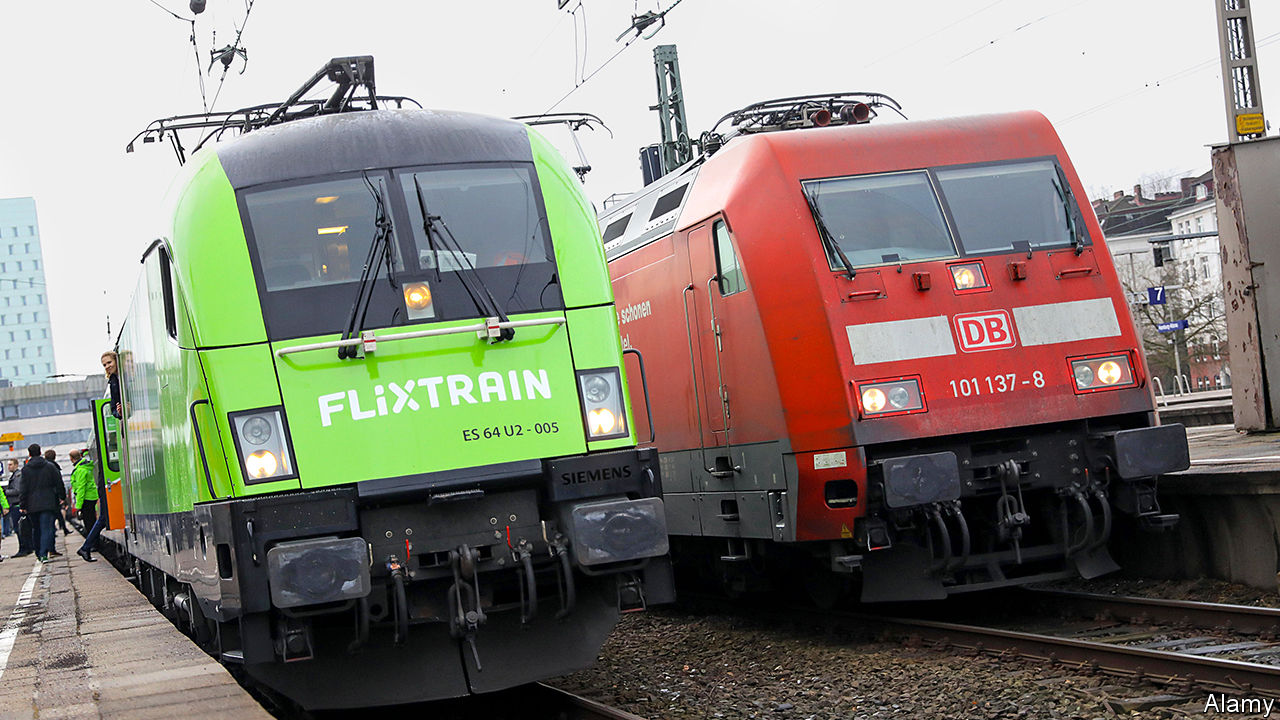 THE opening of Britain’s Liverpool and Manchester Railway in 1830 marked several firsts in rail history. It was the world’s first inter-city line. It was the scene of the first widely reported passenger fatality. And it was also the first where all trains were hauled by the track owners. Previous lines had seen competition between operators, leading to the drivers of horse-drawn passengers trains and steam-pulled coal trucks having fisticuffs on the tracks. Two centuries later, the question of whether train and tracks should be operated by the same firm still simmers across Europe.

That is because new EU rules, enticingly called the “fourth railway package”, will force all state rail firms to open their tracks to rivals from next year. It means a “tectonic shift” for the industry, argues Leos Novotny of LEO Express, a rail startup based in Prague. And it comes at a time when commuters are particularly grumpy about trains. In France three months of labour strikes at SNCF, the state rail...Continue reading