The changing world of work

“MONEY often costs too much,” quipped Ralph Waldo Emerson. But a new study suggests that since 1950, the price of buying it with labour in America has fallen. Greg Kaplan of the University of Chicago and Sam Schulhofer-Wohl of the Federal Reserve Bank of Chicago have linked measures of how Americans today feel about various jobs to changes in employment. 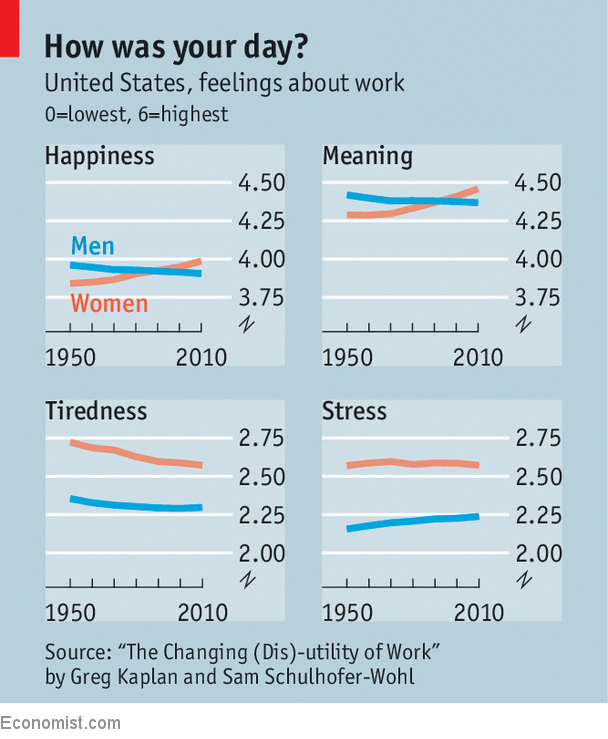 But changes in other measures of well-being, and a separate analysis of men and women, are less uniformly positive (see chart). The economists find that modern employment patterns probably mean that today’s workers are more stressed. And although the jobs women have moved into are ones they...Continue reading