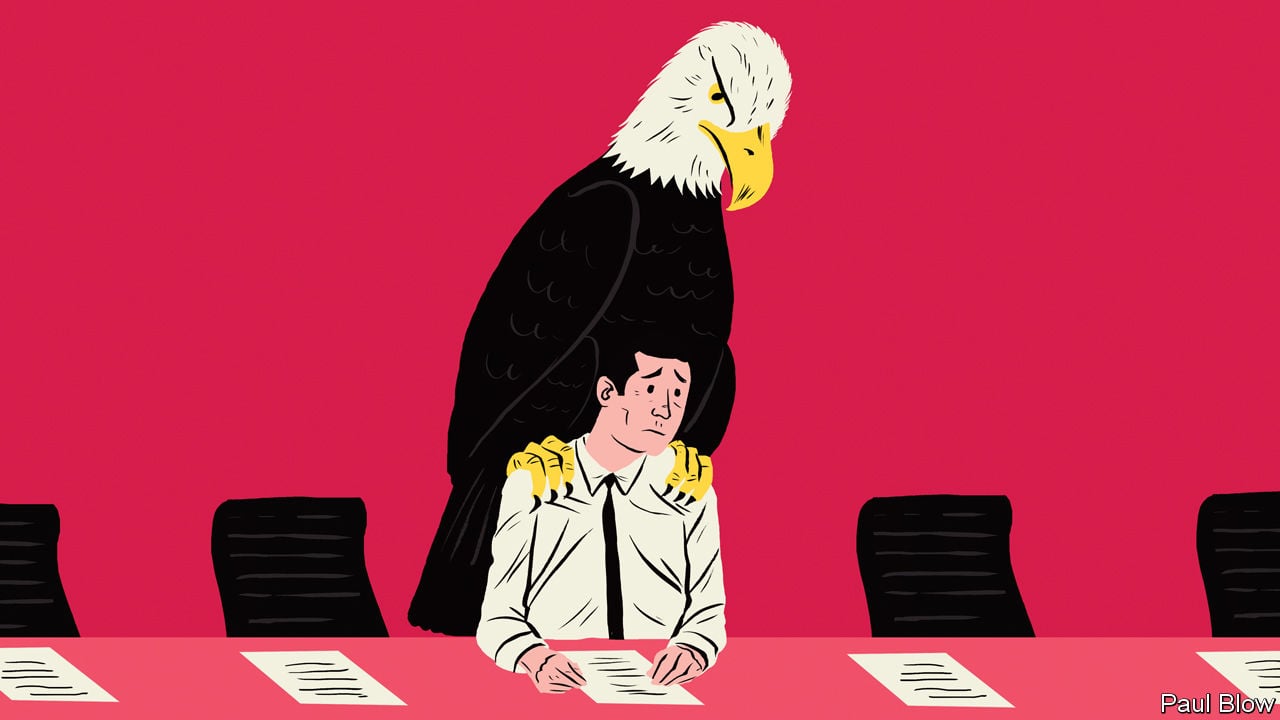 MOST workers view the prospect of a two-hour meeting with the same enthusiasm as Prometheus awaited the daily arrival of the eagle, sent by the gods to peck at his liver. Meetings have been a form of torture for office staff for as long as they have pushed pencils and bashed keyboards.

One eternal problem has been their inefficiency. In 1957, C. Northcote Parkinson, an academic and legendary writer on management, came up with the law of triviality, that “the time spent on any item of the agenda will be in inverse proportion to the sum [of money] involved.” In that same spirit, this columnist would like to propose an even broader principle, applying to gatherings of ten people or more, and immodestly called Bartleby’s Law: “80% of the time of 80% of the people in meetings is wasted.”

Various corollaries to this law follow. After at least 80% of meetings, any decisions taken will be in line with the HIPPO, or “highest-paid person’s opinion”. In short, those who backed a...Continue reading