How to play Argentina 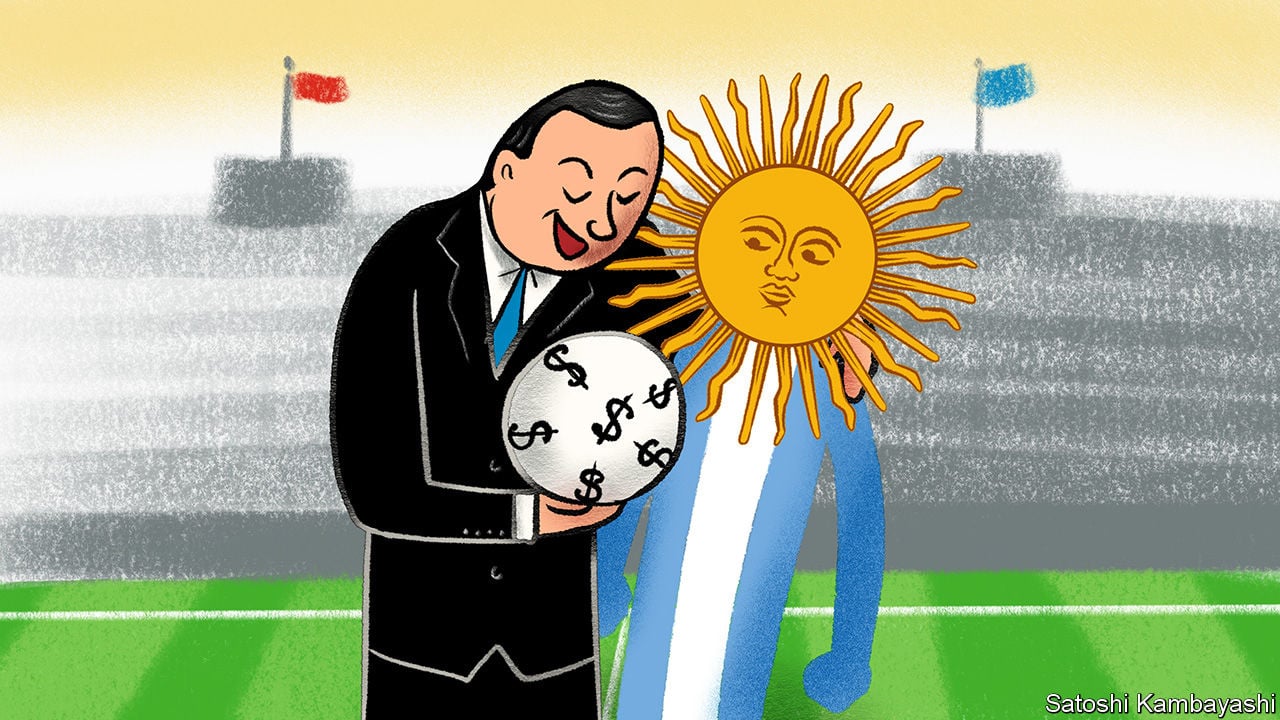 THERE is a type of footballer who inspires the affection of fans and the ire of coaches. He is talented, usually extravagantly so. But he is also wayward to the same lavish degree. Discipline seems beyond him, on or off the pitch. It was said of one of this kind, Stan Bowles of Queens Park Rangers and England, that if he could pass a betting shop as well as he passed a ball he’d be a rich man.

Which brings us, naturally, to Argentina—not to its footballers, who have mostly fulfilled their potential, but to its economy, which has not. A century ago, it was the country of the future. It betrayed that promise without ever quite extinguishing hopes that it might eventually live up to it. Like a talented but troublesome sportsman, it keeps being given another chance. The board of the IMF will soon approve a $50bn support package for Argentina. It has had countless such programmes in the past without much changing. The fund is betting that this time is different. Should investors make a similar...Continue reading