Donald Trump lobs a grenade from afar into the G7 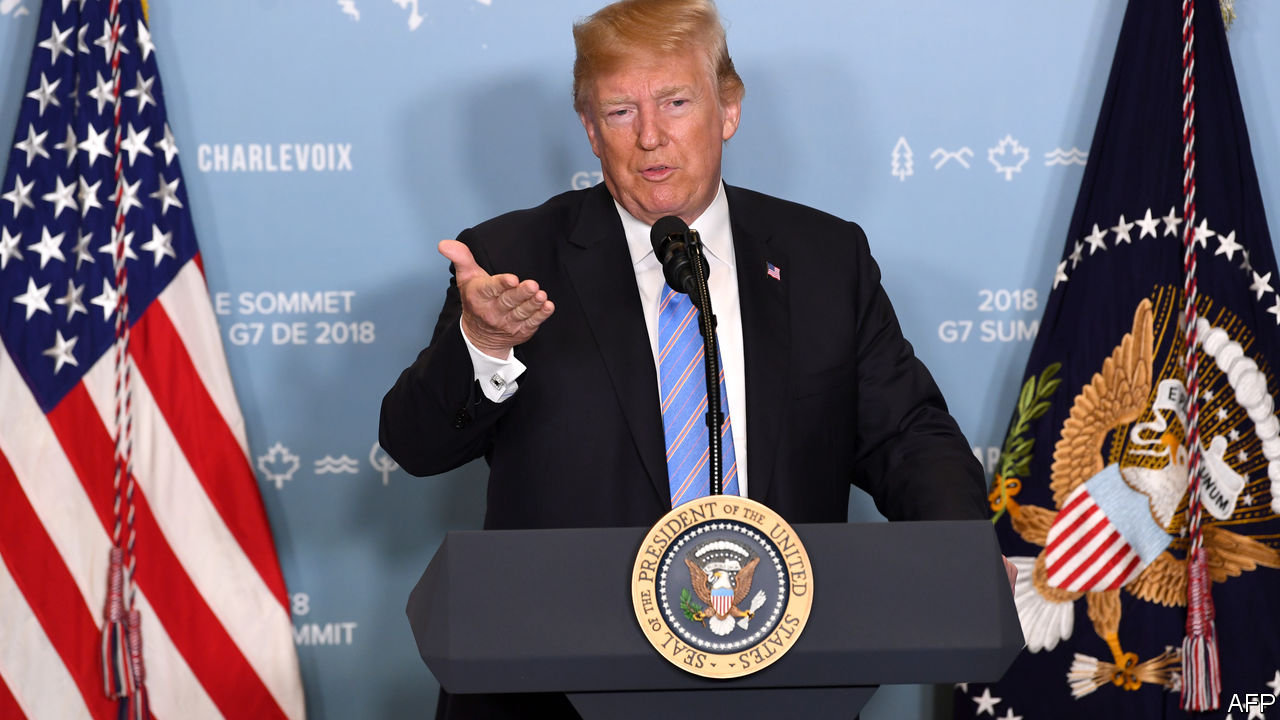 FOR a moment, the Group of Seven (G7) leaders attending their annual summit, in a mountain village in Quebec, looked like they had managed to paper over their differences with President Donald Trump and present a united front. They found just the right wording to secure American agreement on matters that never used to be in question, such as supporting democracy, abiding by international-trade rules and fighting terrorism. Even Mr Trump professed himself pleased, calling the summit wonderful and rating his relationships with other leaders as ten out of ten.

Yet barely ten minutes after the official communiqué was published, he changed his mind. He tweeted from somewhere over the Atlantic, en route to his “mission of peace” in Singapore with Kim Jong Un, North Korea’s despotic ruler, that he had instructed his officials not to endorse the communiqué. He attacked Justin Trudeau, Canada’s prime minister and host of the summit, for making “false statements” at his closing news...Continue reading