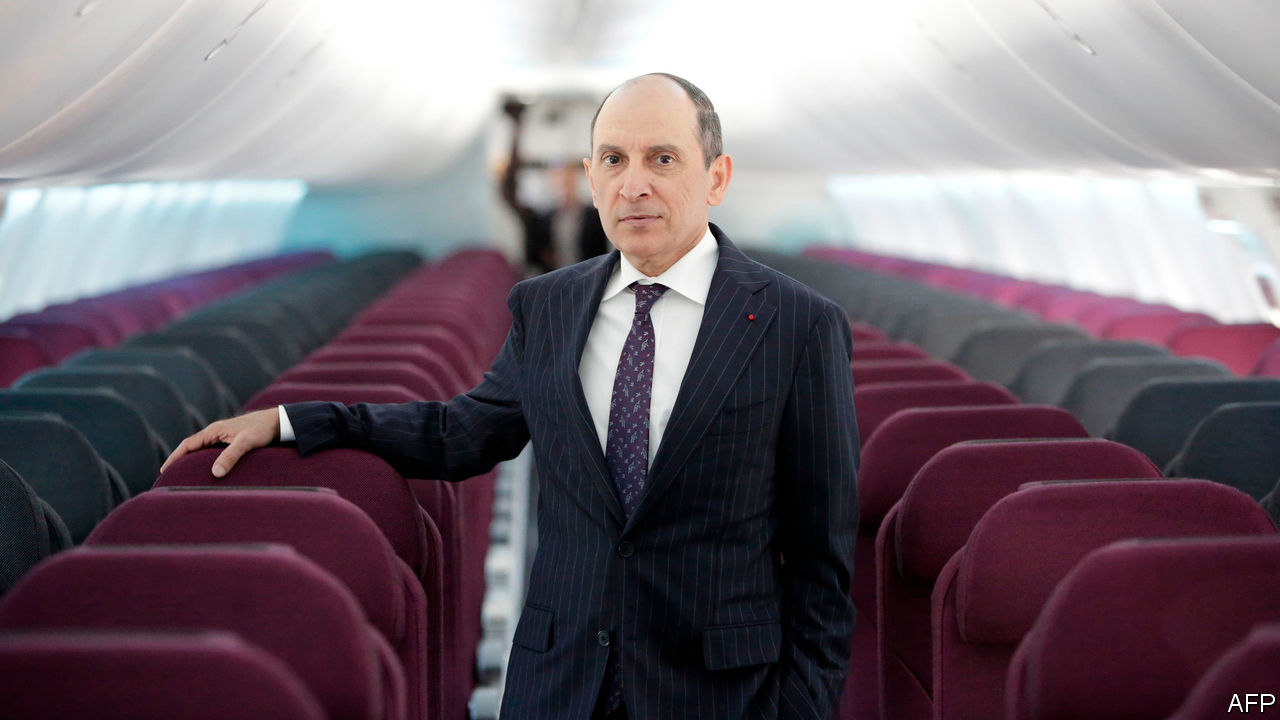 THE International Air Transport Association (IATA), a trade association for airlines, was founded in 1945 to promote the interests of carriers around the world. In recent years the airline cartel of old has been accused of being out of tune with the times, particularly by low-cost carriers such as Ryanair, which is Europe’s biggest. At this week’s AGM in Sydney the message from IATA was as dated as the organisation itself: women were not suited to running airlines. Akbar al Baker, the group’s new chairman and the boss of Qatar Airways, a Gulf carrier, told attendees that “of course”, his airline “has to be led by a man, because it is a very challenging position”. He later apologised for what he claimed was a joke blown out of proportion by the media. Yet this was not Mr al Baker’s first foray into misogyny. Last year he mocked American carriers for hiring “grandmothers” as flight attendants, boasting that the average age of his cabin crew is 26 years. Until recently, he forbade female staff from marrying or getting...Continue reading

Malaysia’s ruling party may be gone, but its racial policies survive