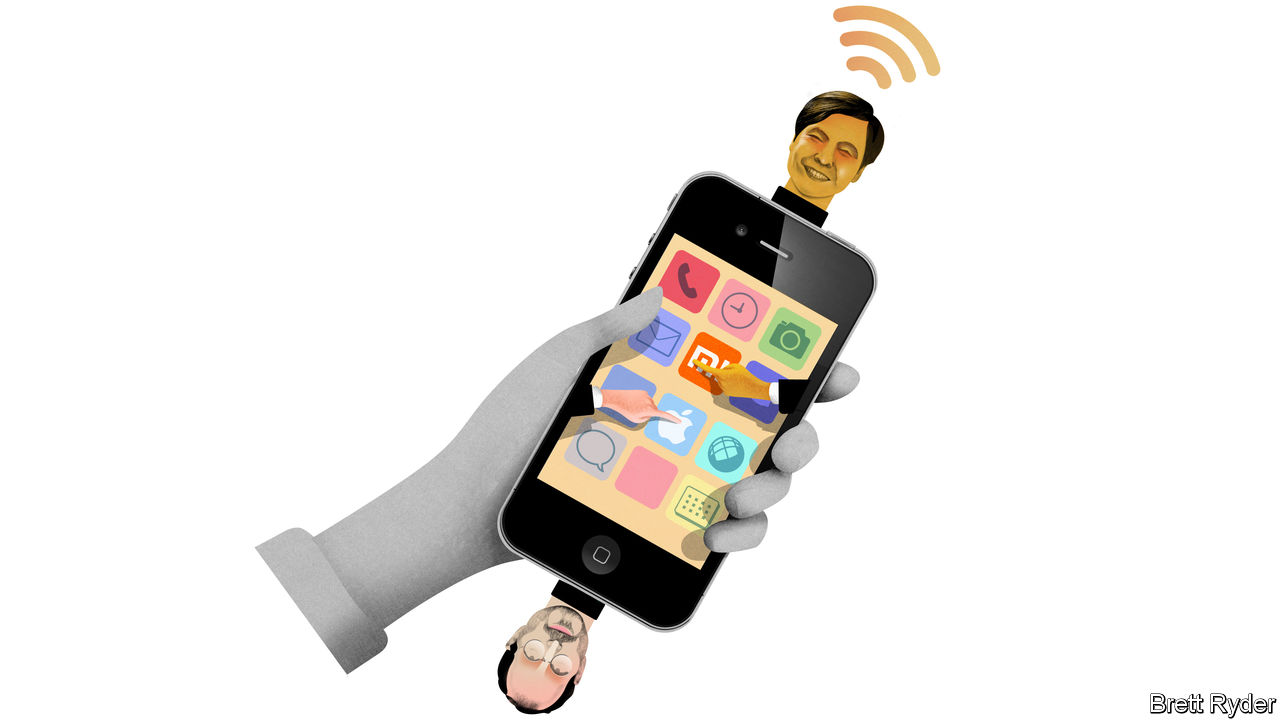 IN 1987, when Lei Jun was a computer-science student in Wuhan, on the banks of the Yangtze River, he read a book about Steve Jobs and vowed to emulate him. If all goes to plan, this summer Mr Lei will take a leap towards that dream with the flotation of his firm, Xiaomi, at a valuation of $50bn-75bn. It is set to be the world’s largest initial public offering (IPO) since Alibaba in 2014.

Xiaomi is probably China’s most successful consumer brand, but ever since it started selling smartphones in 2010 it has also been difficult to categorise. Yes, Mr Lei sometimes dresses in black, as Mr Jobs did, but it has never been clear if Xiaomi is China’s Apple or if it is more like Samsung, Sony, Nokia, or even Costco, a bulk-discount retailer.

Schumpeter’s answer is that Xiaomi does not resemble any rich-world firm. For decades a particular American ideal of the public company has dominated: focused, widely owned and predictable. Xiaomi is a supercharged champion of a new Chinese model that...Continue reading