A referendum on the way money is created 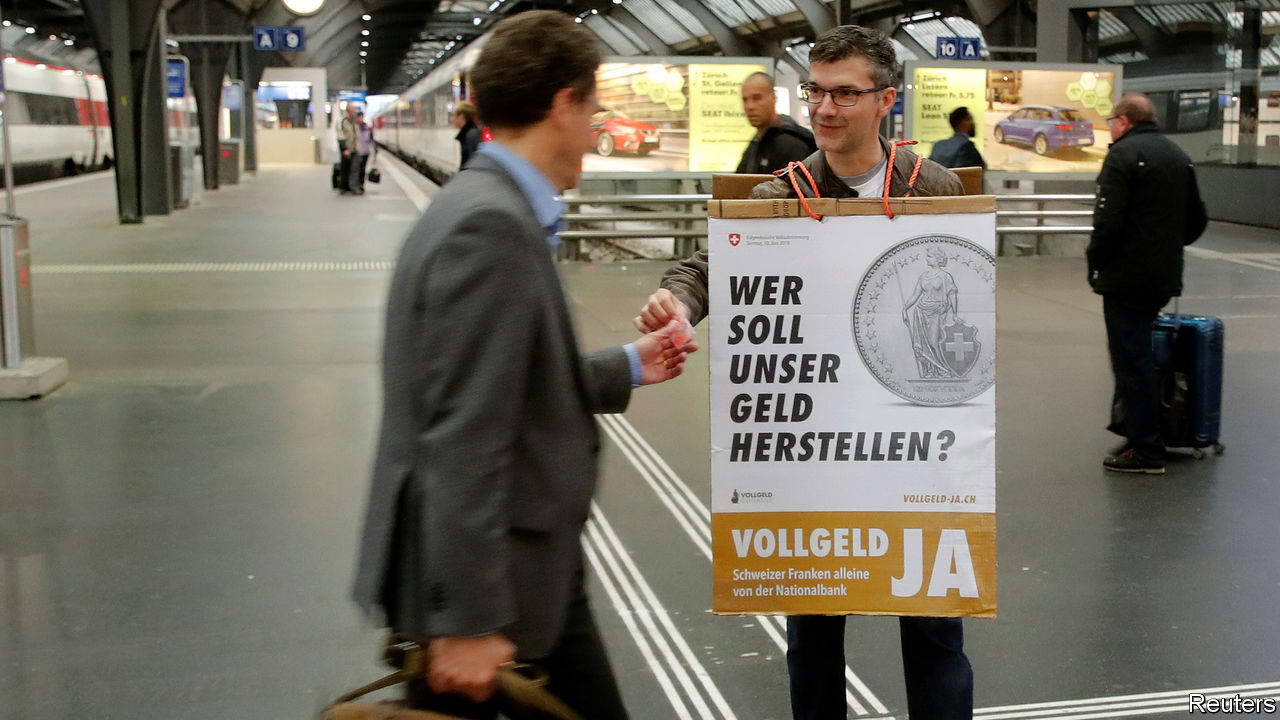 TO ITS opponents, the Vollgeld initiative is “suicidal” and a “dangerous experiment”. To its supporters, it is the ticket to a “fairer and more stable banking system”. Swiss voters will decide for themselves on June 10th, when the proposal for sovereign money, which would rewire the country’s banking system, are put to a referendum that, in theory, would be binding.

The heart of the argument is whether private-sector banks should be able to create money. In modern economies, most money takes the form of deposits in commercial banks, rather than the cash in circulation and the reserves determined by the central bank. And bank deposits are mainly created through bank lending. Lenders can thus lend far more than they hold in central-bank reserves.

Vollgeld supporters want to take such money-creating powers away from banks. Bank deposits are not as safe as sovereign money, they say. If a bank collapses, depositors lose...Continue reading