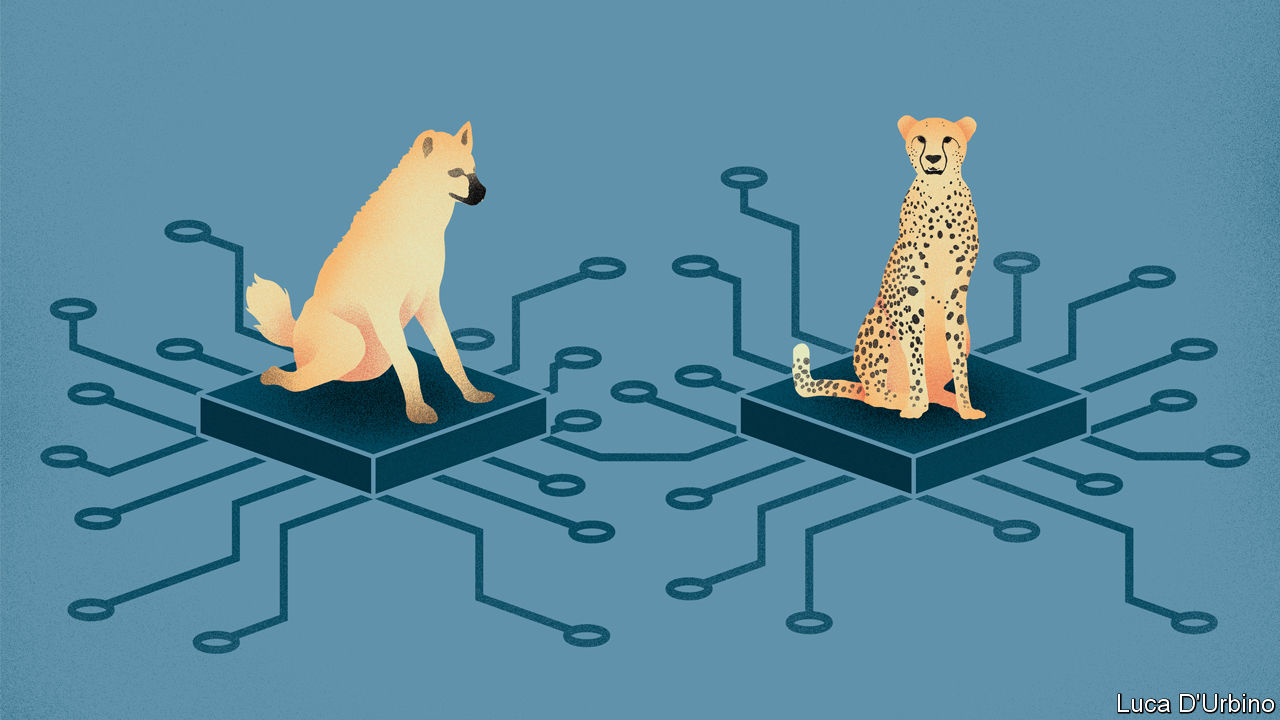 SUPERCOMPUTERS usually fill entire rooms. But the one on the fifth floor of an office building in the centre of Bristol fits in an average-sized drawer. Its 16 processors punch more than 1,600 teraflops, a measure of computer performance. This puts the machine among the world’s 100 fastest, at least when solving certain artificial-intelligence (AI) applications, such as recognising speech and images.

The computer’s processors, developed by Graphcore, a startup, are tangible proof that AI has made chipmaking exciting again. After decades of big firms such as America’s Intel and Britain’s ARM ruling the semiconductor industry, the insatiable demand for computing generated by AI has created an opening for newcomers. And it may even be big enough to allow some startups to establish themselves as big, independent firms.

New Street, a research firm, estimates that the market for AI chips could reach $30bn by 2022. That would exceed the $22bn of revenue that Intel is expected to earn...Continue reading