Britain’s government cuts its losses on Royal Bank of Scotland 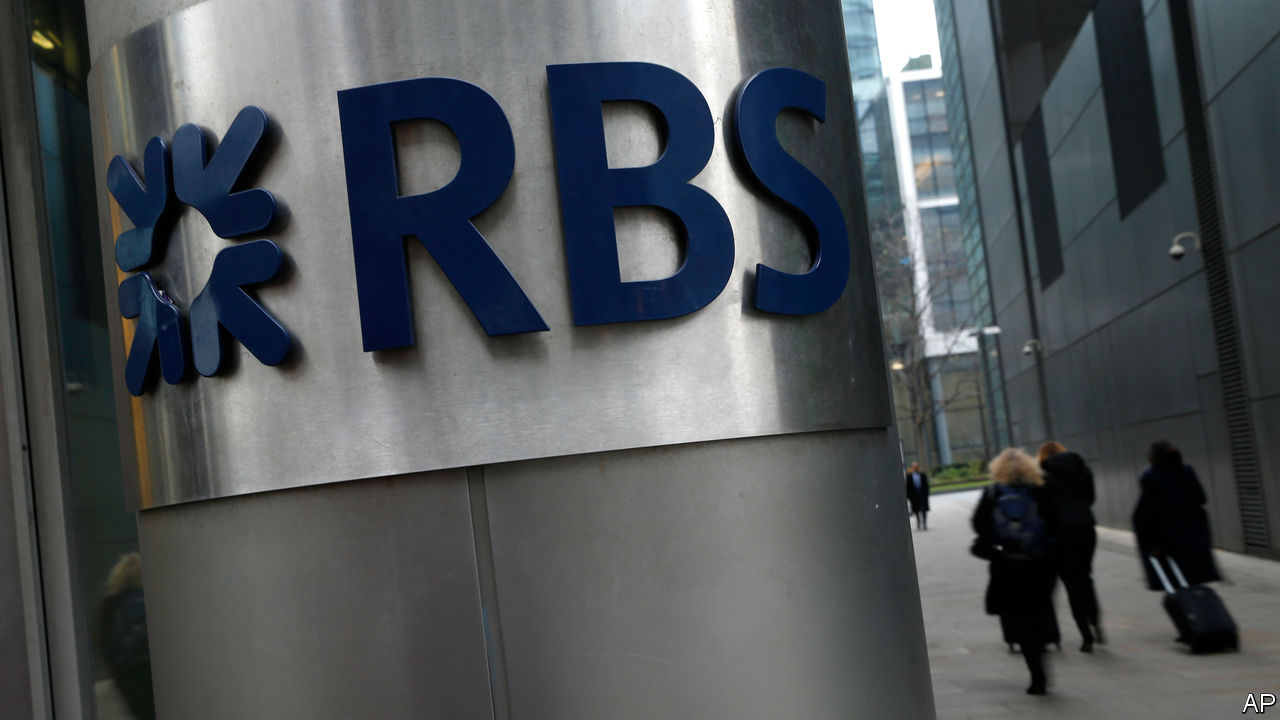 IF YOU are selling shares, they are worth not what you paid for them, but what someone else will offer. For the Royal Bank of Scotland (RBS), the sum that counts is £2.71 ($3.62). On June 5th UK Government Investments, which manages the state’s stakes in companies, said it had placed 7.7% of RBS at that price—10p below the previous day’s market close—with institutional buyers, reducing its holding to 62.4%. The government paid £5.02 per share to rescue the bank in 2008. So on those 925m shares, taxpayers have lost £2.1bn.

The state has long looked unlikely to recoup its fivers, let alone the £6.25 per share that the National Audit Office, a public-finance watchdog, reckoned last year was a fair benchmark after adding the cost of financing the bail-out. (In 2015 it sold 630m shares, or 5.4% of RBS, for £3.30 a pop.) Even if the stockmarket valued RBS as highly as the book value of its assets—which is true of few big European banks—the price would still be only £4, a level...Continue reading

Why America still has “dry” counties