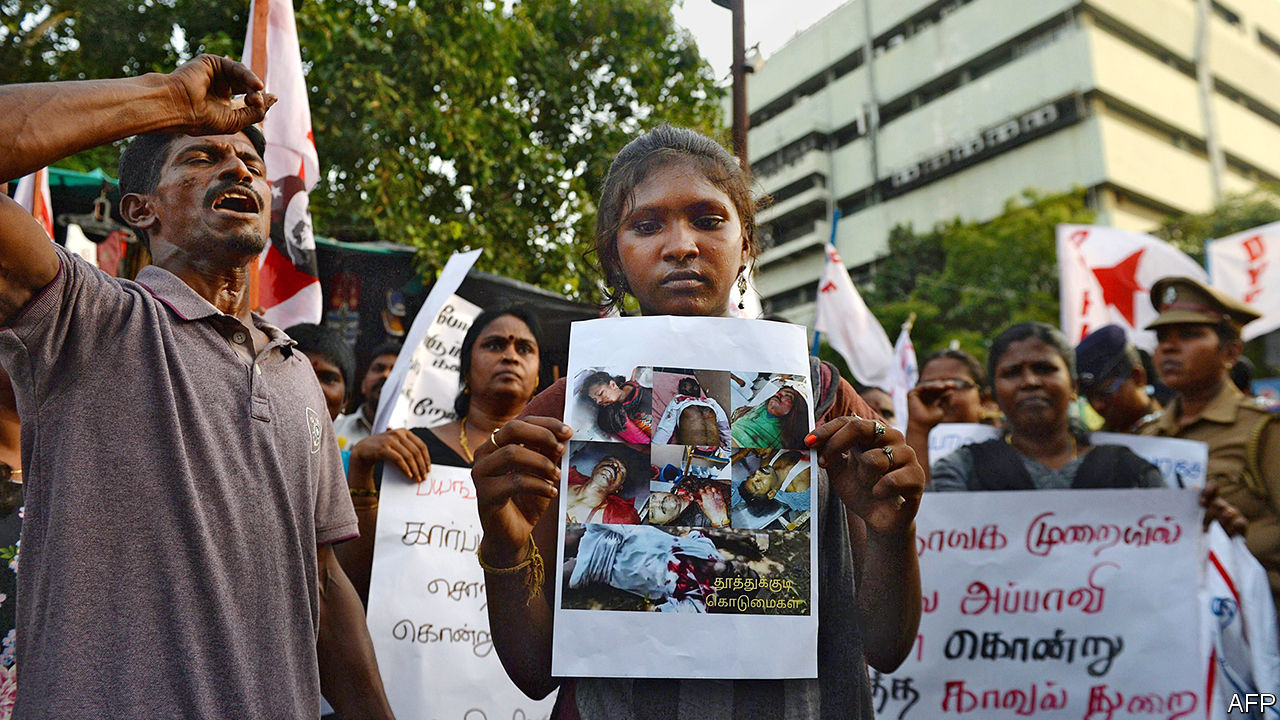 AFTER 99 peaceful days of protests, the 100th brought carnage. On May 22nd in Tuticorin, a coastal town near the southern tip of India, police indiscriminately fired live rounds into a crowd of several thousand demonstrators who were opposing the planned expansion of a copper-smelting facility. Thirteen people died and scores more were injured. The fallout threatens to be a chronic headache both for the Indian authorities and Vedanta, the mining giant which owns the facility.

Corporate public-relations consultants in London, where Vedanta’s main holding company is based, have depressingly ample experience in helping commodities firms whose reputations risk being sullied by such police violence. Royal Dutch Shell, an oil group, still faces ire for the way Nigerian authorities arrested then executed Ken Saro-Wiwa, an activist, in 1995. Lonmin, a platinum-miner also listed in London, had to rebuff claims by South African police that it should carry some blame for cops shooting its striking workers...Continue reading