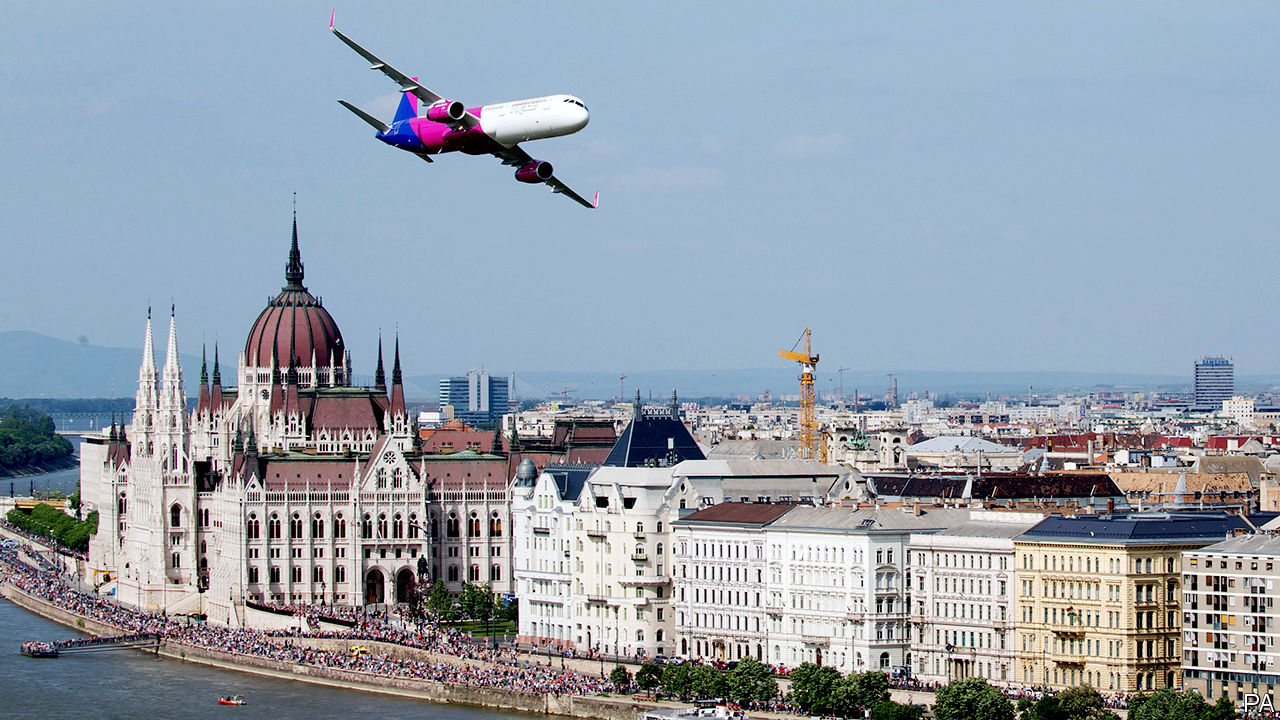 JUST a few hundred metres from Budapest airport’s runways, the wails of scorched airline passengers echo around an industrial estate. But no real people are being harmed. Here Wizz Air, a rapidly growing Hungarian carrier, trains cabin crew and pilots in evacuating its planes safely. Last year the airline recruited 1,000 new staff, twice as many as the year before. In February construction work started on a bigger training centre to teach an extra 1,400 cabin crew it will need next year.

If anyone will be burned by this expansion it will be Europe’s cheapest airline, Ryanair. Over the past two decades its chief executive, Michael O’Leary, turned the Irish minnow into Europe’s biggest carrier by copying the low-cost model of Southwest, an American budget airline. It has long had no-frills rivals such as easyJet and Norwegian. But these two have never been able to match Ryanair’s low cost base. Yet after Wizz’s full-year results on May 24th, in which it reported record profits,...Continue reading