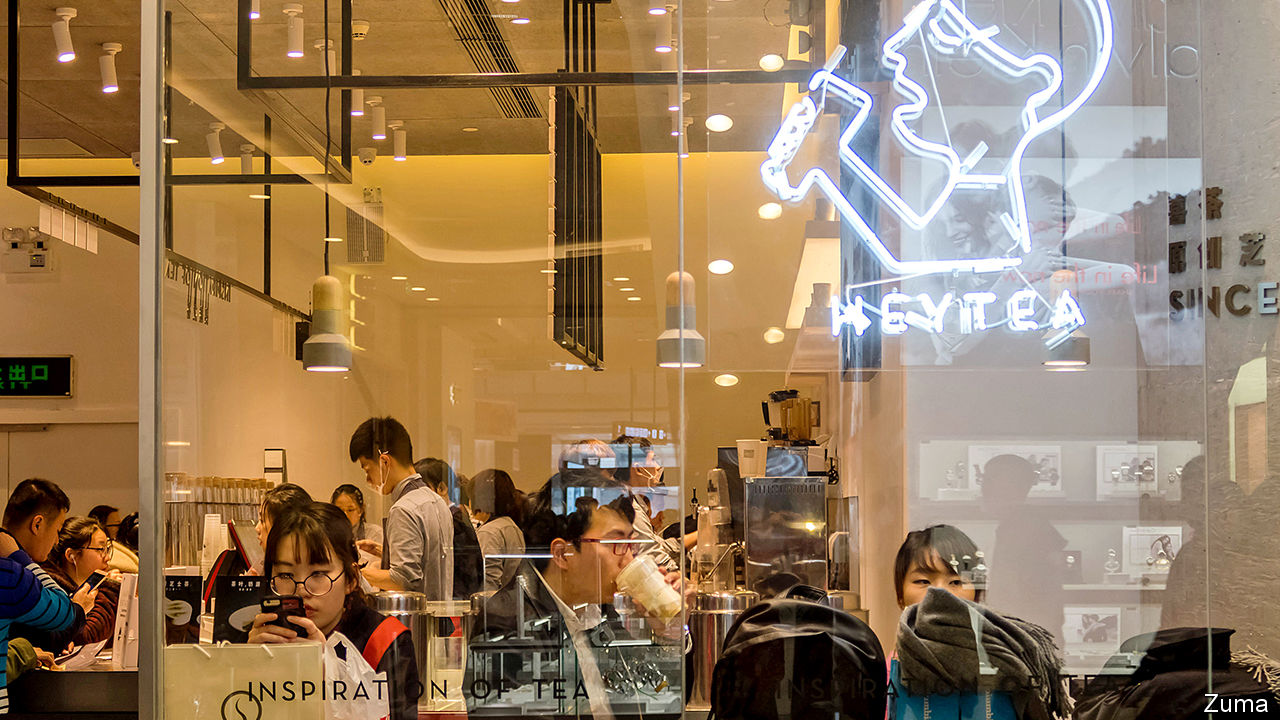 TIPPED, not stirred, is how hip young things in China now take their tea. To be exact, at a 45-degree tilt. So advise the tea-ristas of HEYTEA, a budding, pricey tea chain, the better to blend the bitter tang of freshly brewed leaves with a salty cream-cheese “cap”. Naigai cha, or cheese-tea, has taken China’s rich eastern cities by storm. For months after HEYTEA shops appeared in Shanghai in February 2017, security guards had to manage queues with waiting times of up to three hours. Impatient customers hired queuers from personal-services apps to stand in line for them. Cups were limited to two purchases a person to ward off scalpers (the limit is still in place in Beijing).

To many in the beverage industry this smacked of “thirst marketing”, purposely keeping supply scarce. HEYTEA denies this, as well as accusations of padding out its own queues. Though everything from fancy eateries to convenience stores is on China’s main food-delivery apps, HEYTEA stayed off...Continue reading