Why airliners in Cuba and Iran crash so much 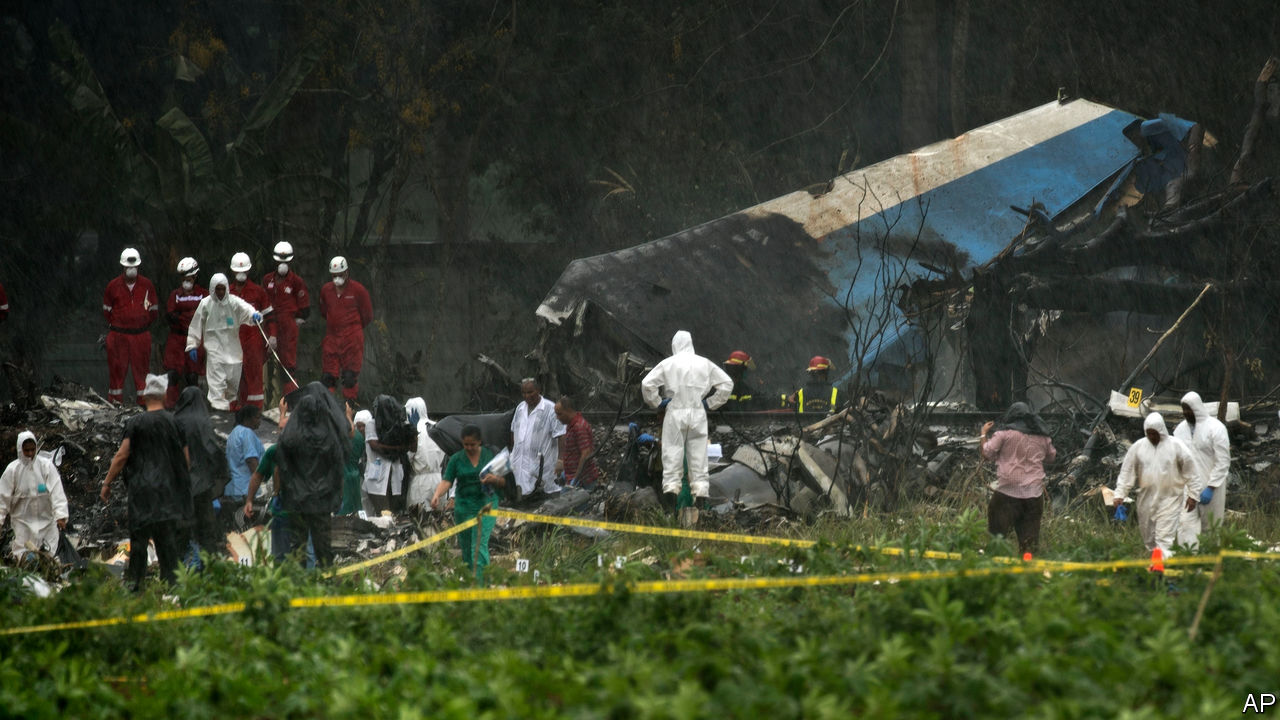 WHEN the dream of a smooth flight turns into the nightmare of an airliner crash, understanding what went wrong is sometimes straightforward. That was the case with a Malaysia Airlines flight which crashed in the summer of 2014, killing 298. This week Dutch and Australian investigators conclusively showed that it was shot down by a missile fired by Russian armed forces. But in other cases it is much harder to apportion blame. Such is the complexity of civil aviation that air-crash investigators spend years sifting through wreckage, recordings and data logs to work out what went wrong. Often technological, human and environmental faults are the main culprits. But another factor can be argued to have caused many of the world’s deadliest air disasters so far this year: economic sanctions.

The crash of a Cuban airliner on May 18th, which killed 112 people, is one example. America’s trade embargo on the island hurts civil aviation as much as it affects the rest of the economy. Cubana, the flag-carrier, is allowed to request American export licences...Continue reading

How Armenia’s revolution has been different