Bad loans remain a concern in Italy and across southern Europe 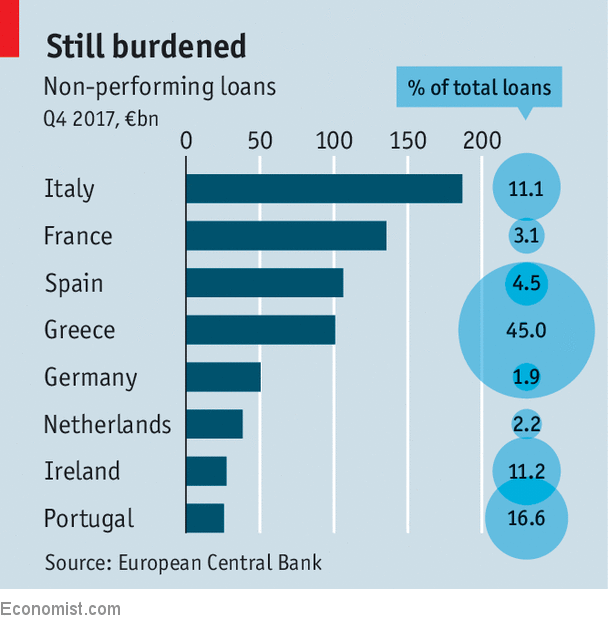 ITALY’S next government, a coalition between the populist Five Star Movement and the far-right Northern League, is giving investors plenty to worry about. Leaked plans, hastily abandoned, suggested it might want to leave the euro or ask the European Central Bank to forgive €250bn ($292bn) of Italian debt. But less attention has been paid to what it might mean for Italian banks, and in particular for their biggest burden: non-performing loans (NPLs). Over €185bn of NPLs were outstanding at the end of 2017, the most for any country in the European Union (see chart).

By comparison with Greece, where NPLs are 45% of loans, Italy looks manageable, with just 11.1%. And it has made progress: in late 2015 NPLs were 16.8% of loans. But any wild policy lurches would put that progress in question. The clean-up of banks’ books has relied on openness to foreign investors. Huge volumes of NPLs (€37bn in 2016 and over €47bn in 2017, according to Deloitte, a consultancy) have been sold by banks, often to...Continue reading