American firms reveal the gulf between bosses’ and workers’ pay 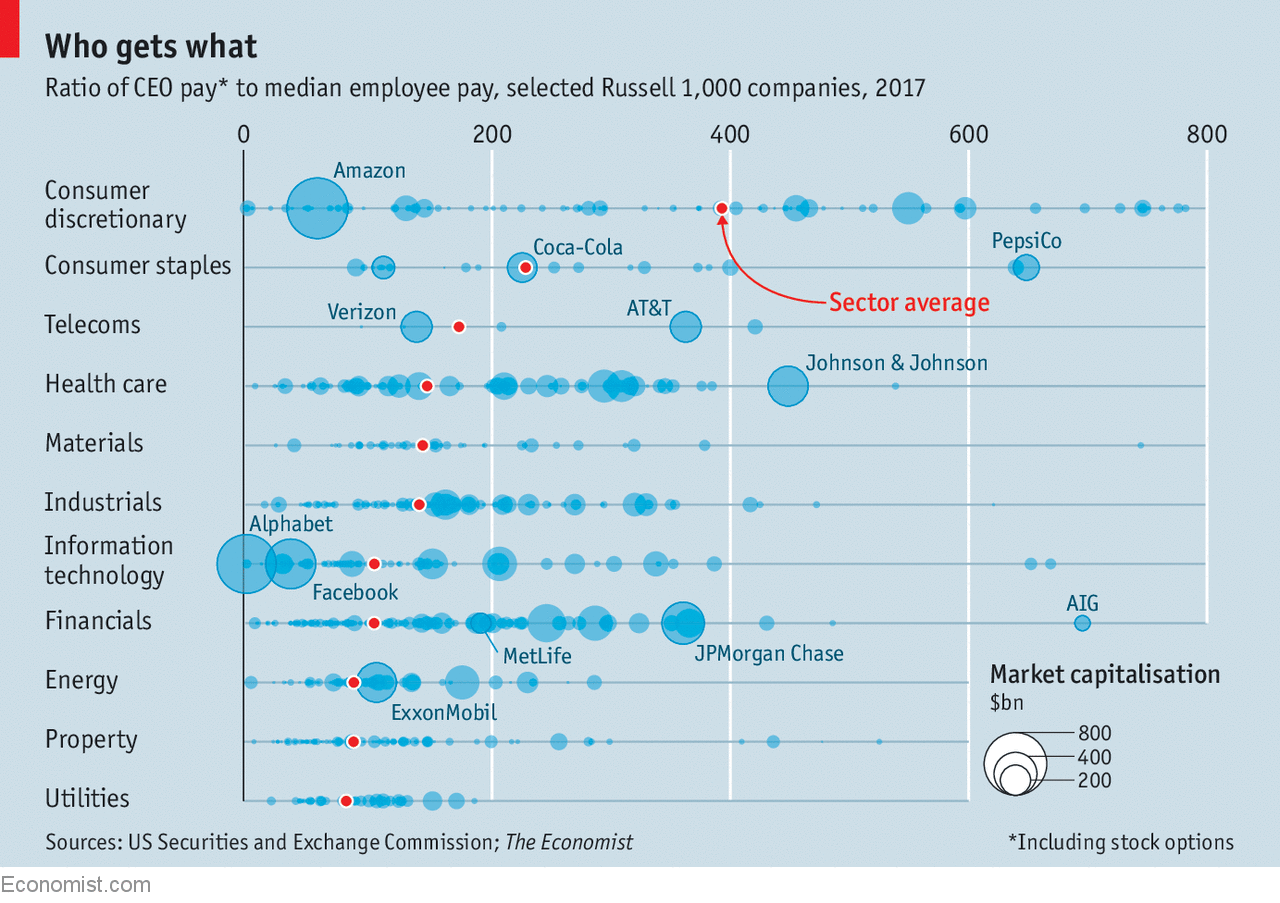 HOW much should company bosses be paid relative to their employees? It depends who you ask. Plato argued that the richest members of society should earn no more than four times the pay of the poorest. John Pierpont Morgan, a banker from America’s gilded age, reckoned that bosses should earn at most 20 times the pay of their underlings. Investors today hold chief executives in vastly higher esteem. According to new filings submitted to the Securities and Exchange Commission (SEC), America’s largest publicly listed firms (those worth at least $1bn) on average paid their chief executives 130 times more than their typical workers in 2017. The figures are being disclosed by firms in their financial filings for the first time this year.

The SEC’s new requirement to quantify the gap has its origins in the financial crisis. Facing populist outrage over the pay packages of Wall Street executives held responsible for triggering the crash, Congress added a provision to the Dodd-Frank act, a financial-reform...Continue reading