How Turkey fell from investment darling to junk-rated emerging market 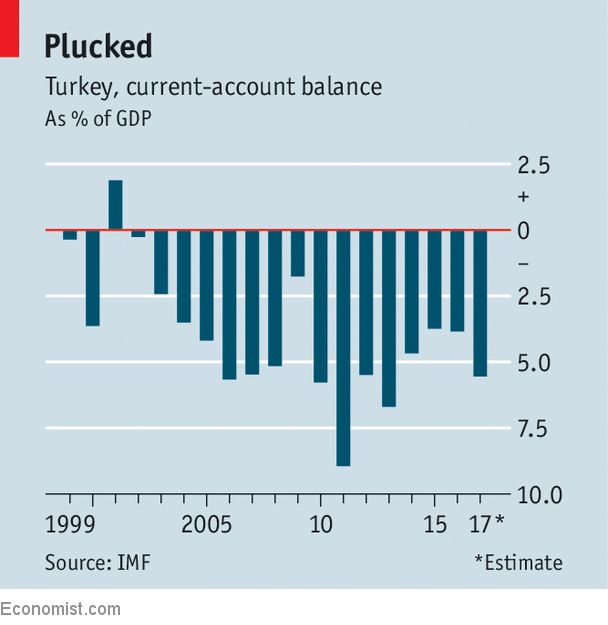 MANY of the most famous hedge-fund trades have been bets that things were about to go wrong. Think of Enron’s bankruptcy or the souring of subprime mortgage bonds in America. The best trade made by “the Professor” was very different. It was a bet that something was starting to go right.

A visit almost 20 years ago convinced him that Turkey was serious about fixing its economy. The yield on its one-year Treasury bills was then above 100%. “It was a serious mispricing,” he tells Steven Drobny in “The Invisible Hands”, a book of interviews with pseudonymous hedge-fund managers. The IMF gave its approval to Turkey’s reforms soon afterwards. The price of T-bills surged. The one-year interest rate fell to 40%.

The wheel has since turned almost full circle for Turkey, which now seems to attract more sellers than buyers. The lira is sinking. S&P has cut the country’s credit rating from junk to junkier, partly because of concerns about its reliance on foreign capital. The...Continue reading