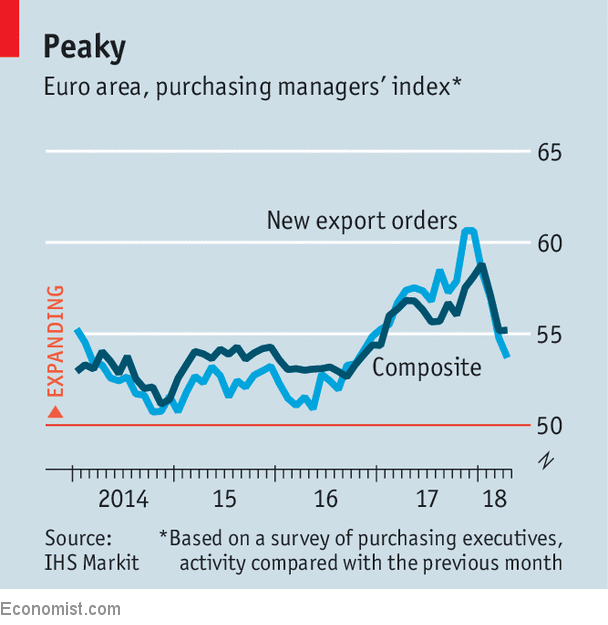 ECONOMISTS have spent the past decade wringing their hands over the health of the euro area’s economy. Last year, in a welcome respite, it expanded by a robust 2.3%, outstripping forecasts and matching America’s growth rate. But it has appeared less rosy-cheeked since.

Symptoms include moderation in a number of monthly indicators. Industrial production fell in January and February, as did business confidence; retail-sales growth was disappointing. The purchasing managers’ index (PMI), an output survey regarded as a good early indicator of GDP growth, has fallen from exuberant—and perhaps unsustainable—levels at the turn of the year, though it still points to decent growth (see chart).

Germany, the bloc’s largest economy, has not been immune. A summary indicator compiled by the Macroeconomic Policy Institute, a German think-tank, which includes production, sentiment and interest-rate data, suggests that the probability of a recession has risen, from 7% in March to 32% in April. A...Continue reading