Hong Kong defends its dollar peg in both directions 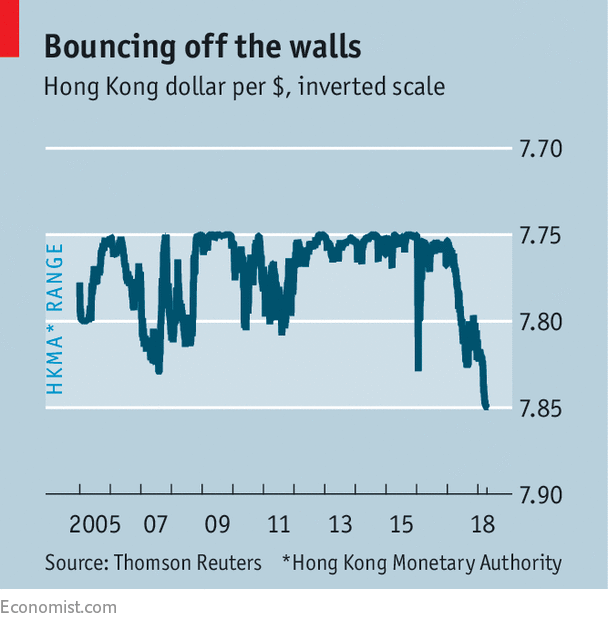 THE Hong Kong dollar is one of the most and least manipulated monies in the world. For over 34 years the territory’s monetary authority, the HKMA, has kept it pegged to America’s currency at around HK$7.80 to the dollar, resisting all temptations to let it fall or rise. In 2005 it refined the peg with two promises: to buy dollars at the price of HK$7.75 and to sell them for HK$7.85.

The strength of the Hong Kong dollar has obliged the HKMA to keep the first promise many times since. Its purchases of American dollars have even drawn the accusation that it manipulates its currency for competitive advantage.

In fact, the HKMA has always been ready to manipulate its currency upwards, too. But since 2005 it has had no occasion to, until last week. On April 12th the Hong Kong dollar weakened to HK$7.85, forcing the authority to buy HK$51bn over the next few days in exchange for American dollars.