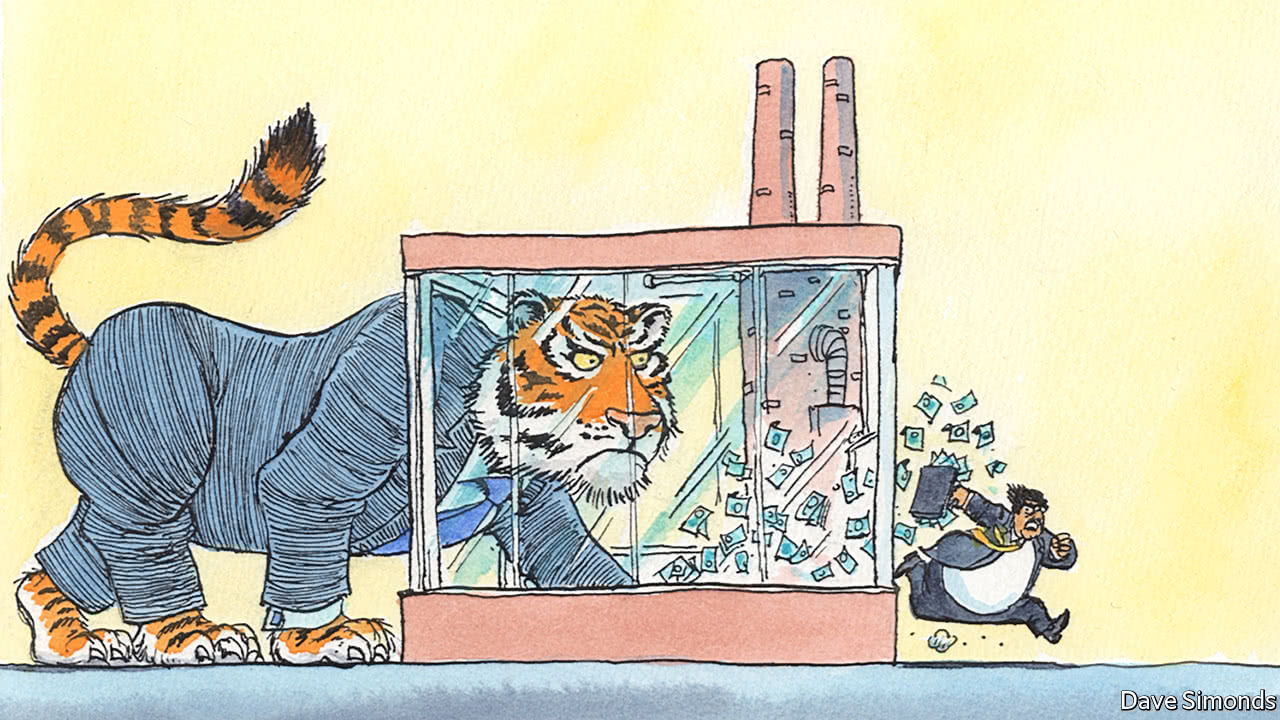 ENRIQUE IGLESIAS, a Spanish pop singer, plays an unlikely part in the story of Indian capitalism. His presence at a party to mark Vijay Mallya’s 60th birthday, in December 2015, was, literally, a showstopper. A flamboyant booze heir, Mr Mallya was then best known for founding Kingfisher Airlines, which had earlier imploded because of its debts. Given that he had personally guaranteed some of these loans, the self-proclaimed “king of good times” was assumed to have been chastened. Upon hearing of Mr Iglesias’s performance, bankers—and politicians—started asking how Mr Mallya had continued to live so large. The party had lasted for three days.

Mr Mallya is hardly the only embattled Indian tycoon to have cocked a snook at his bankers. Some “promoters” of companies, as founding shareholders of Indian companies are known, have long made full use of a loophole of local corporate law that thwarted banks’ attempts to seize companies in default on their loans. A bunged-up court system made...Continue reading