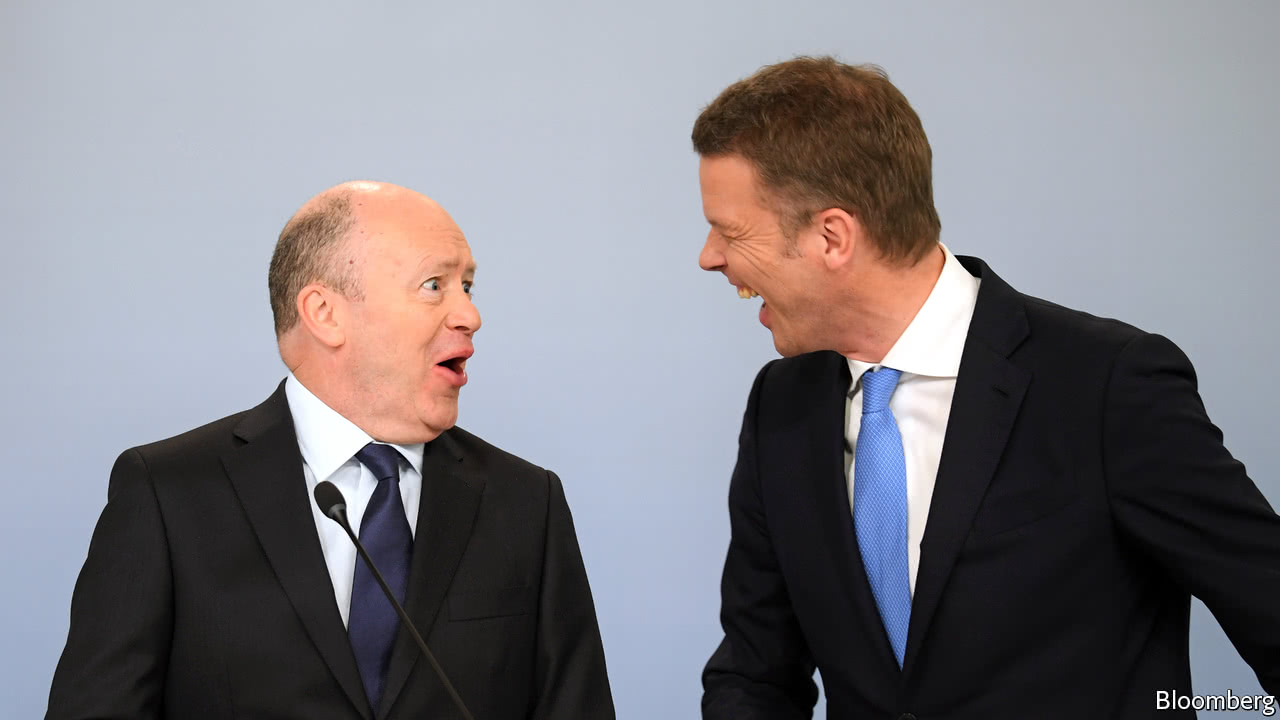 THE supervisory board at Deutsche Bank, Germany’s biggest lender, has been sounding out replacements for its chief executive for weeks. On April 8th it made its choice: Christian Sewing, an experienced insider. He starts with immediate effect, replacing John Cryan, who became joint chief executive in 2015 and sole boss a year later. It is the latest in a series of quick changes for the bank.

Mr Sewing is the first German in 16 years to serve as Deutsche’s sole boss. He is also the first in many years without a career in investment banking. In his 25 years at the bank he has worked in commercial banking, auditing and risk management, most recently as joint head of the retail division, which he successfully slimmed down. The appointment is seen by many as heralding a shift in favour of retail banking, especially since Marcus Schenck, joint head of investment banking, is also leaving after being rebuffed in his efforts to expand his division.

Yet the circumstances surrounding...Continue reading