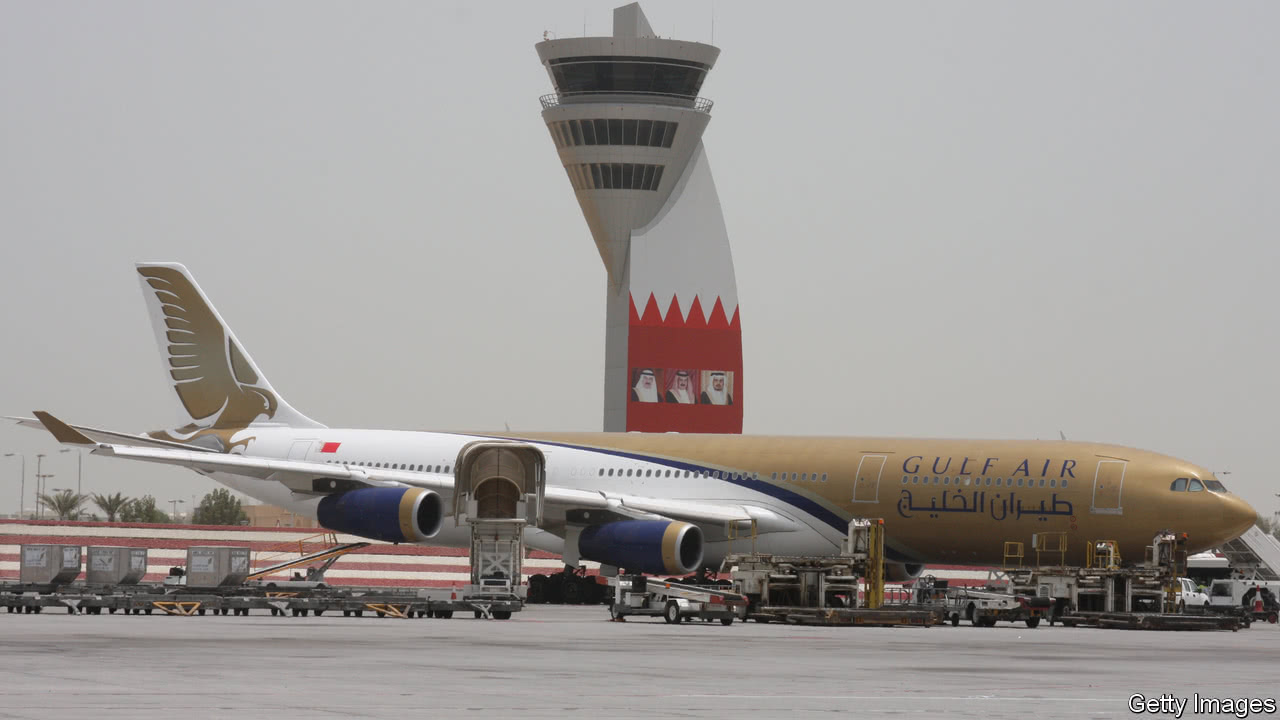 WITH their geographical advantage for connecting flights between far-flung places, there is plenty to keep the airlines of the Gulf countries busy. Yet Bahrain’s skies are nearly empty compared with its neighbours. About 9m passengers used its airport last year, far fewer than the 88m for Dubai, 37m for Qatar and 26m for Abu Dhabi. The difference is striking given that Gulf Air, Bahrain’s flag carrier, was for decades the most prestigious airline in the Middle East. In its heyday in the 1970s and early 1980s, none of its three neighbours even had national airlines.

Geopolitics was the driving force behind Gulf Air’s rise and fall. During the 19th century, Bahrain was a protectorate of the British empire and the busiest trading centre in the Gulf. In the 1950s, its strategic importance motivated British Overseas Airways Corporation, at the time Britain’s flag carrier, to become a major shareholder in Gulf Aviation, the island’s fledgling local airline. By the 1970s Bahrain had the most developed airline infrastructure in the region....Continue reading

An update from Jeremy Grantham