A plan that needs more money 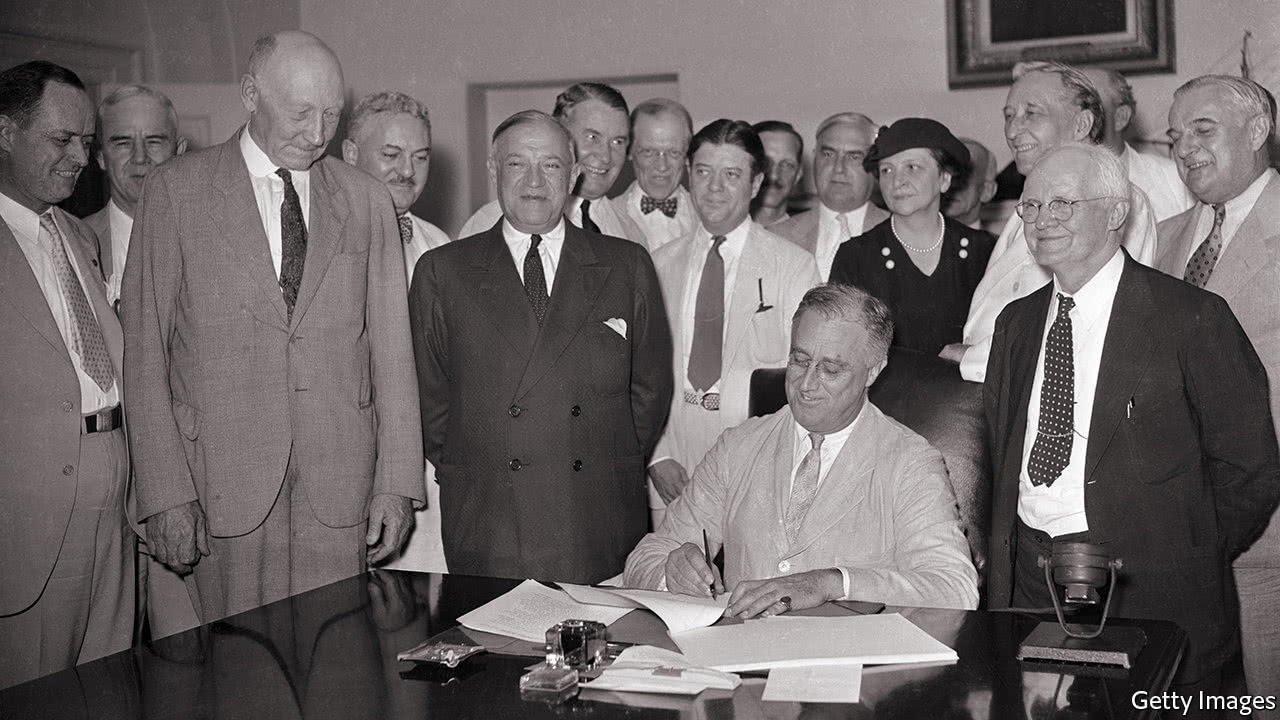 AMERICAN private-sector workers face a problem. Too few of them have private-sector pensions, and the government scheme, Social Security, set up by Franklin Roosevelt (pictured) is less generous than it used to be. One study estimated that 20m elderly Americans will be living in poverty or near-poverty by 2035.

A new book* by Theresa Ghilarducci and Tony James has a plan to deal with the problem. It comes complete with a foreword and endorsement by Timothy Geithner, a former treasury secretary who had to battle the financial crisis.

The authors set out the problem in admirably clear fashion. Some 64% of women and 56% of men claim Social Security earlier than the official retirement age (which is rising in stages to 67), and thus suffer a reduction in their pensions. Those who retire at 62 get a Social Security cheque that replaces just 29% of a median earner’s income. The average monthly Social Security payment is $1,300.

That would not be a problem if recipients also had a private pension. But 24% of retired Americans have no...Continue reading

A plan that needs more money

What is “Chinese Taipei”?