Viacom rejects a merger with CBS 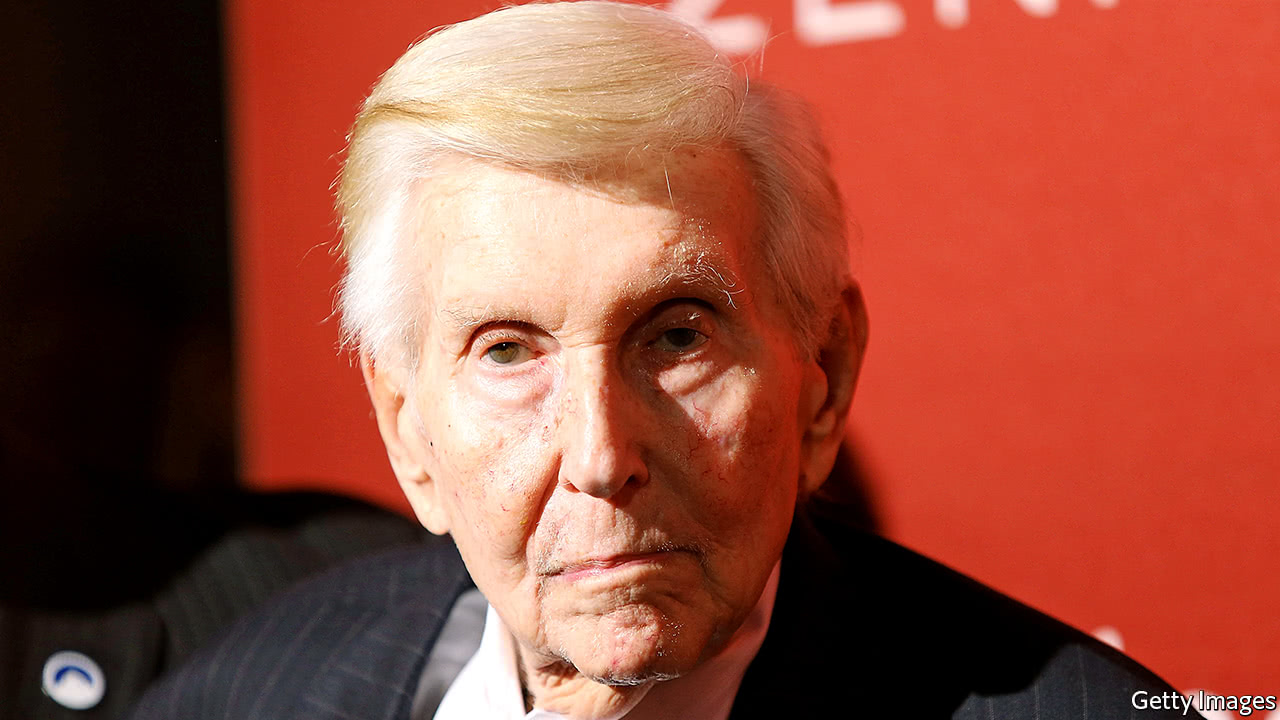 Mr Redstone has a message for you

NOTHING is ever easy at Sumner Redstone’s media empire. For two months the boards of CBS and Viacom, two entertainment companies controlled by the Redstone family, have explored a possible combination, something long wished for by Shari Redstone, the ailing media mogul’s daughter and anointed deputy. But on March 30th those talks turned to acrimony after CBS made an offer valuing Viacom below its market capitalisation of $12.5bn, and reserved no leadership role at the combined firm for Viacom’s CEO, Bob Bakish. Ms Redstone and Viacom’s bosses regarded the offer as an insult, according to sources.

The tactics amount to a stunning power play by Les Moonves, the CEO of CBS. It leaves Viacom, owner of Paramount film studio and cable networks including MTV and Comedy Central, in a state of limbo. Viacom’s board made clear the offer was a non-starter, and is expected to make a counter-offer that would include a leading role for Mr...Continue reading