India’s economy is back on track. Can it pick up speed? 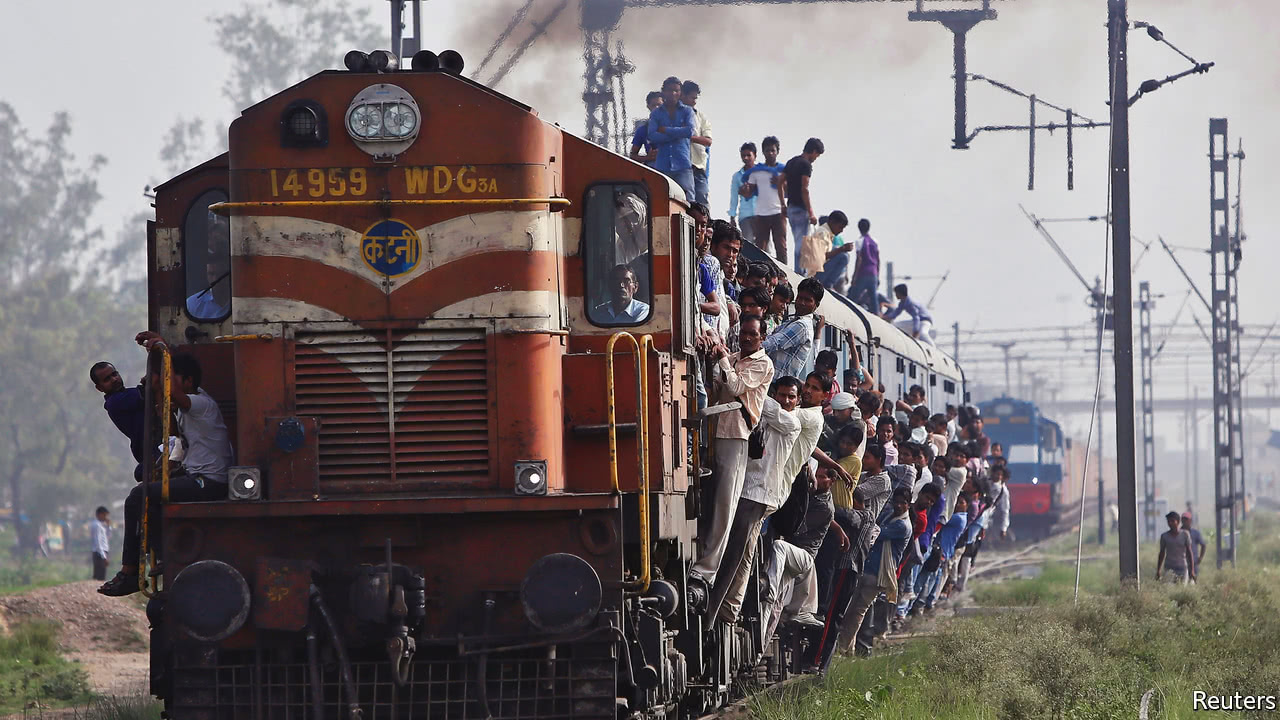 Along for the ride

IT IS easy to be awed by the Indian railway network. The 23m passengers it carries daily travel, in total, over ten times the distance to the sun and back. It is just as easy to find it unimpressive. Delays are frequent and trains antiquated. It takes 14 hours to get from India’s capital, Delhi, to its commercial hub, Mumbai. The equivalent trip in China—from Beijing to Shanghai, a similar distance—takes just over four hours.

Similarly, India’s economy can be seen in two lights. Its long-term growth rate of 7% a year has proved far more dependable than the rail timetable. GDP has doubled twice in the past two decades. Yet deep poverty still lingers and jobs are scarce. And Indian growth has been left in the dust by the Chinese express (see chart).

After slow running for much of 2017, India is now near to full throttle. Growth of 7.2% in the three months to December put it ahead of China (which grew at a relatively leisurely 6.8%) and...Continue reading