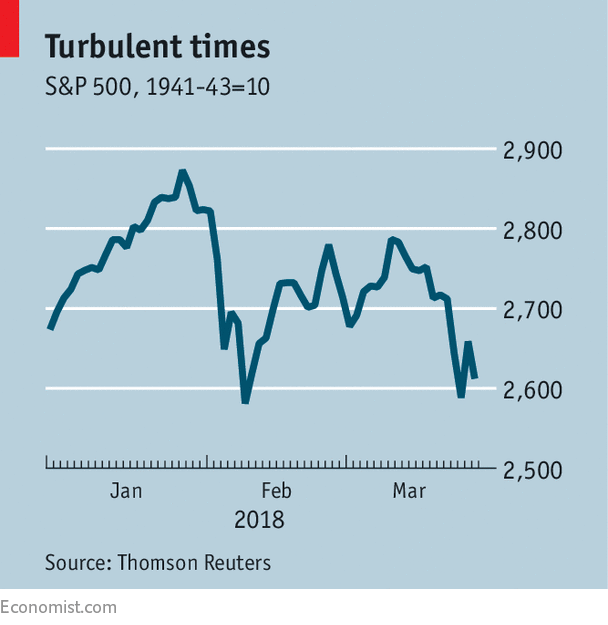 “FASTEN your seat belts. It’s going to be a bumpy night.” Those famous lines of Bette Davis in “All About Eve” may turn out to be the motto for the markets in 2018. After the “volatility vortex” in February, sparked by concerns about inflation, markets have thrown a “tariff tantrum” after President Donald Trump sparked fears of a trade war with China.

In February stocks sank on heavy hints of American levies on imported steel and aluminium. The prospect of trade measures against China, signalled on March 22nd, again hit shares. Then reports that China and America were making progress in trade talks caused the S&P 500 index to rise by 2.7% on March 26th, its best day since August 2015. It promptly fell again by 1.7% the next day (see chart).

Further volatility seems likely, not least after the appointment of John Bolton, an ultra-hawk on foreign policy, as Mr Trump’s national security adviser. That raises the possibility of increased tension with North Korea, despite the...Continue reading