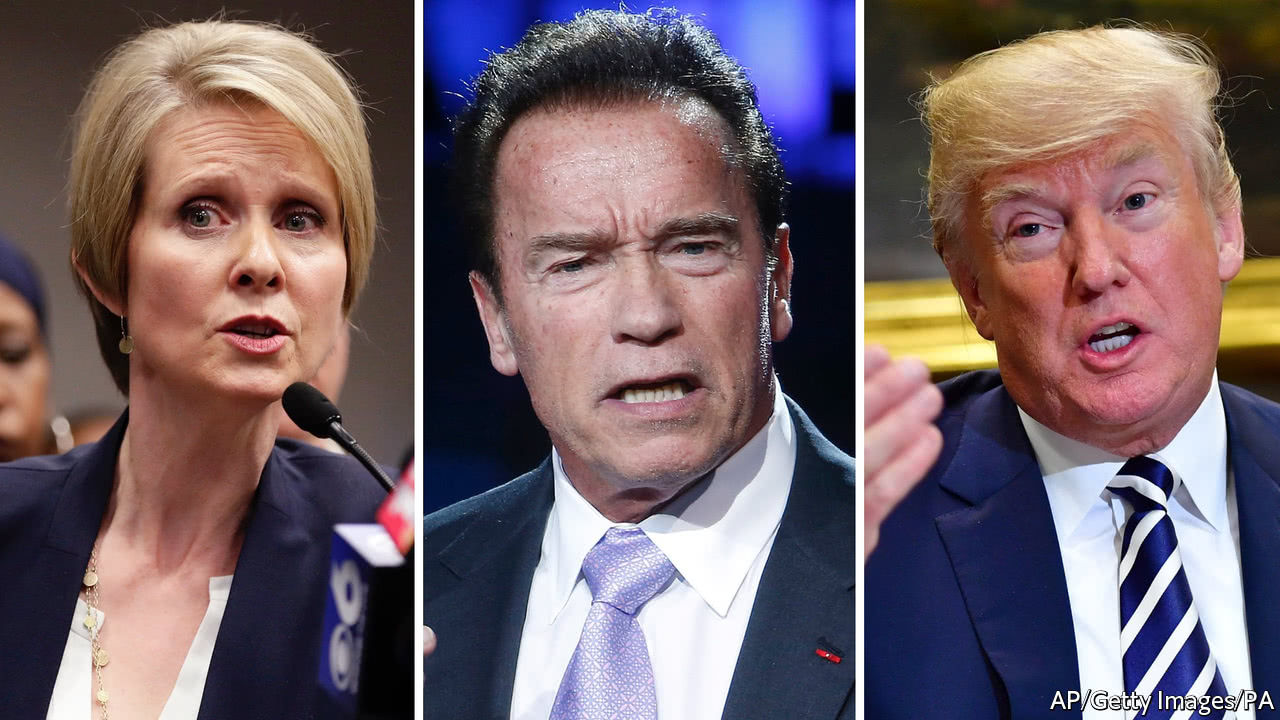 CYNTHIA NIXON is the latest celebrity to run for office in America; the “Sex and the City” star is trying to be governor of New York. If she succeeds, she will follow in a long line of celebrities-turned-politicians including Sonny Bono, Arnold Schwarzenegger, Jesse Ventura and most notably, Presidents Ronald Reagan and Donald Trump.

This may not be a uniquely American phenomenon. Beppe Grillo, a comedian, launched the Five Star movement, now Italy's biggest party. Silvio Berlusconi cultivated the celebrity style. George Weah, a footballer, has just been elected president of Liberia. Joseph Estrada, a movie star, was president of the Philippines.

Even conventional politicians are expected to show a bit of star quality. Al Gore failed in his run for president in part because his public demeanour was seen as wooden and dull (it was said he reminded women of their first husbands). The attempts in last year’s election campaign to create...Continue reading