What if China corners the cobalt market? 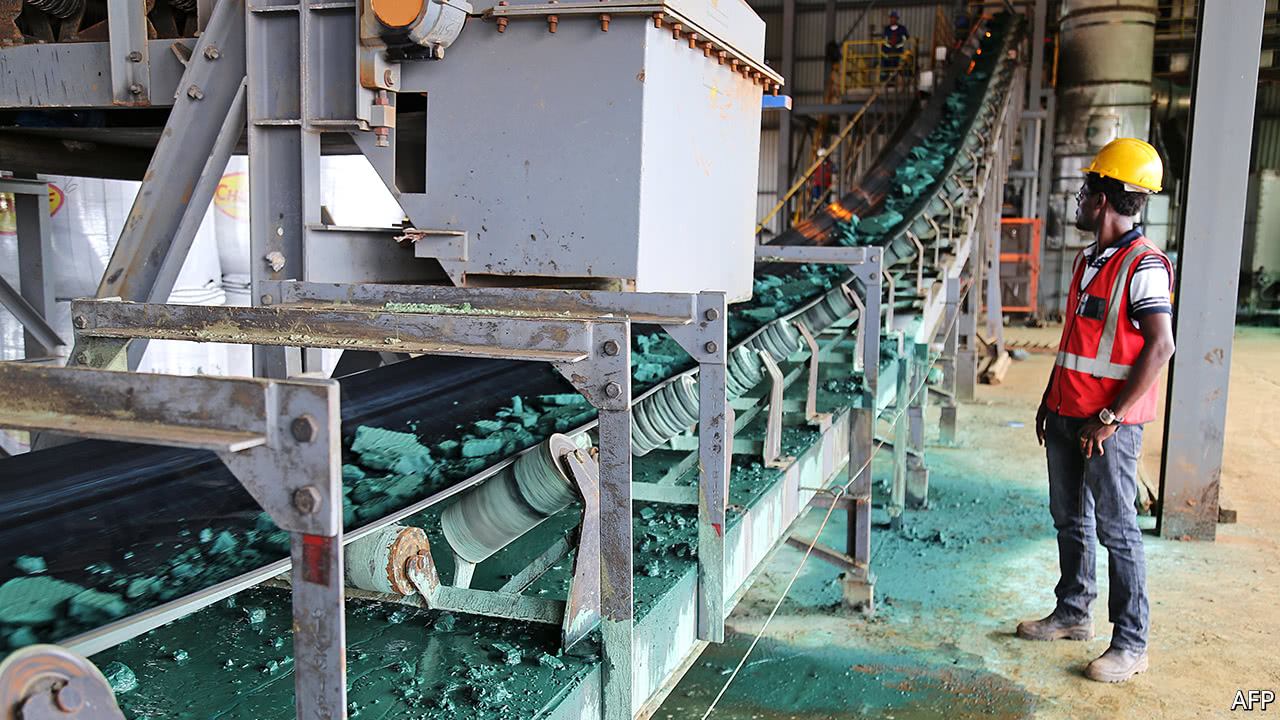 COBALT derives its name from Kobold, a mischievous German goblin who, according to legend, lurks underground. For centuries it vexed medieval miners by looking like a valuable ore that subsequently turned into worthless—and sometimes noxious—rubble. Once again it is threatening to cause trouble, this time in the growing market for batteries for electric vehicles (EVs), each of which uses about 10kg of cobalt. The source of mischief is no longer in Germany, though, but in China.

It is widely known that more than half of the world’s cobalt reserves and production are in one dangerously unstable country, the Democratic Republic of Congo. What is less well known is that four-fifths of the cobalt sulphates and oxides used to make the all-important cathodes for lithium-ion batteries are refined in China. (Much of the other 20% is processed in Finland, but its raw material, too, comes from a mine in Congo, majority-owned by a Chinese firm, China Molybdenum.)