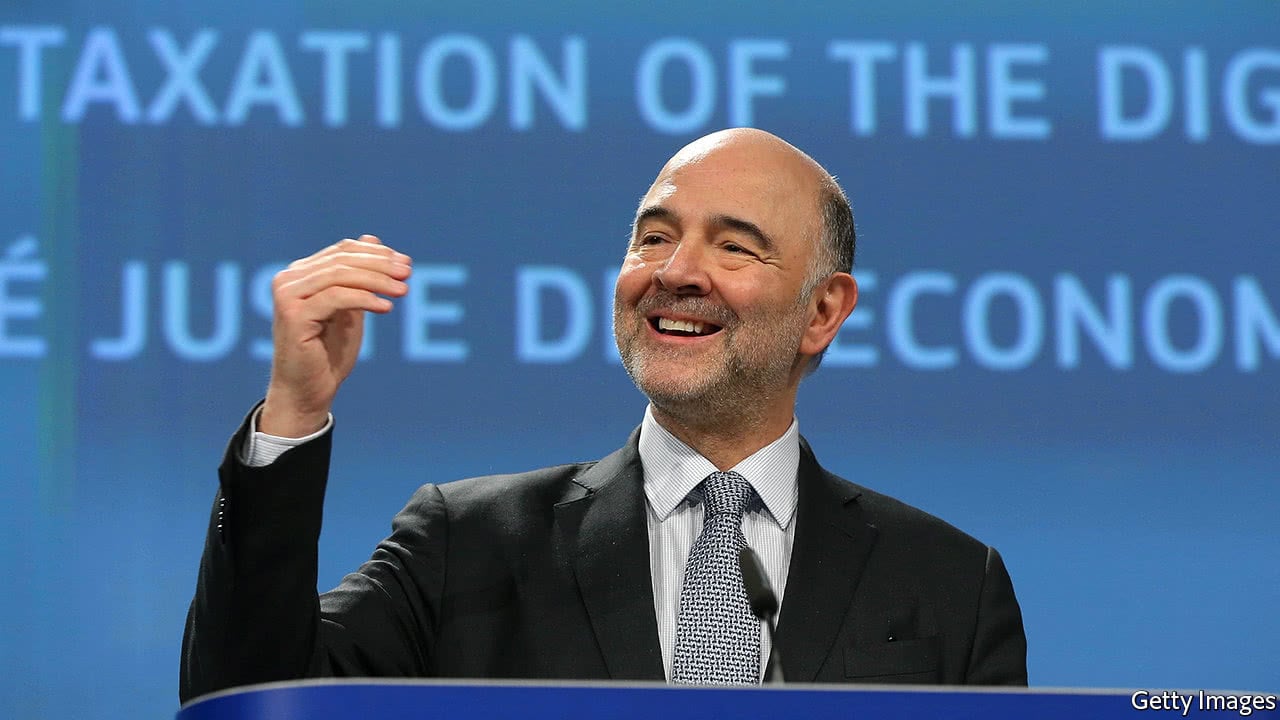 IT IS a choice that would make Thomas Hobson proud. European officials this week unveiled plans for a quick and dirty tax policy to apply to big digital firms, in theory by the end of the year. The idea, promised since September, would ditch a tradition of taxing profits and instead let collectors in member states take a share, 3% for starters, of the firms’ local revenues. There is a lively debate about where exactly the tech giants create taxable value. Is it where their programmers sit? Or the intellectual property? Or users? The firms have become so adept at tax avoidance that the European Commission is not going to hang around until the argument is settled.

Pierre Moscovici, the commissioner overseeing the proposals, was at pains to say on March 21st that the turnover tax would be an “interim” fix. He denied Americans are his targets. Between 120 and 150 companies would be affected, around half of them American and a third European. (Apple, Google and other American giants would surely get the biggest bills.) Only those with global...Continue reading