The reckoning at Theranos 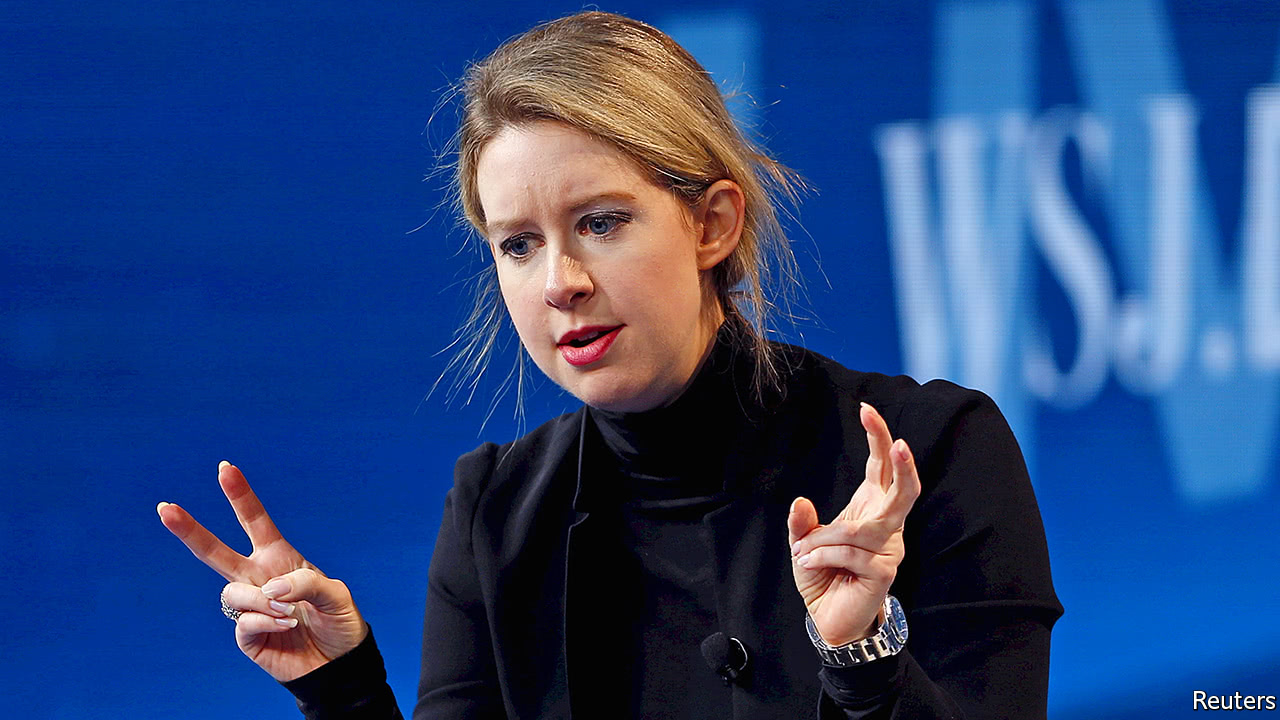 “The Next Steve Jobs”

“THE Next Steve Jobs” is how Inc., an American business magazine, described Elizabeth Holmes when her photograph appeared on its cover in 2015. They may share an affinity for black turtlenecks but the reputations of Ms Holmes and Apple’s celebrated late boss could not be more different. On March 14th Ms Holmes was accused of fraud by America’s Securities and Exchange Commission (SEC). She has agreed to pay a $500,000 fine, not serve as an officer of a public company for ten years and turn over much of her stake in Theranos, the startup she founded (she has neither admitted nor denied wrongdoing).

Only a few years ago Ms Holmes, who is 34 years old, was touted as the world’s youngest self-made female billionaire, a shatterer of Silicon Valley’s reinforced-glass ceiling. She graced magazine covers and speechified about Theranos, which was trying to upend diagnostic testing by using pinprick amounts of blood rather...Continue reading