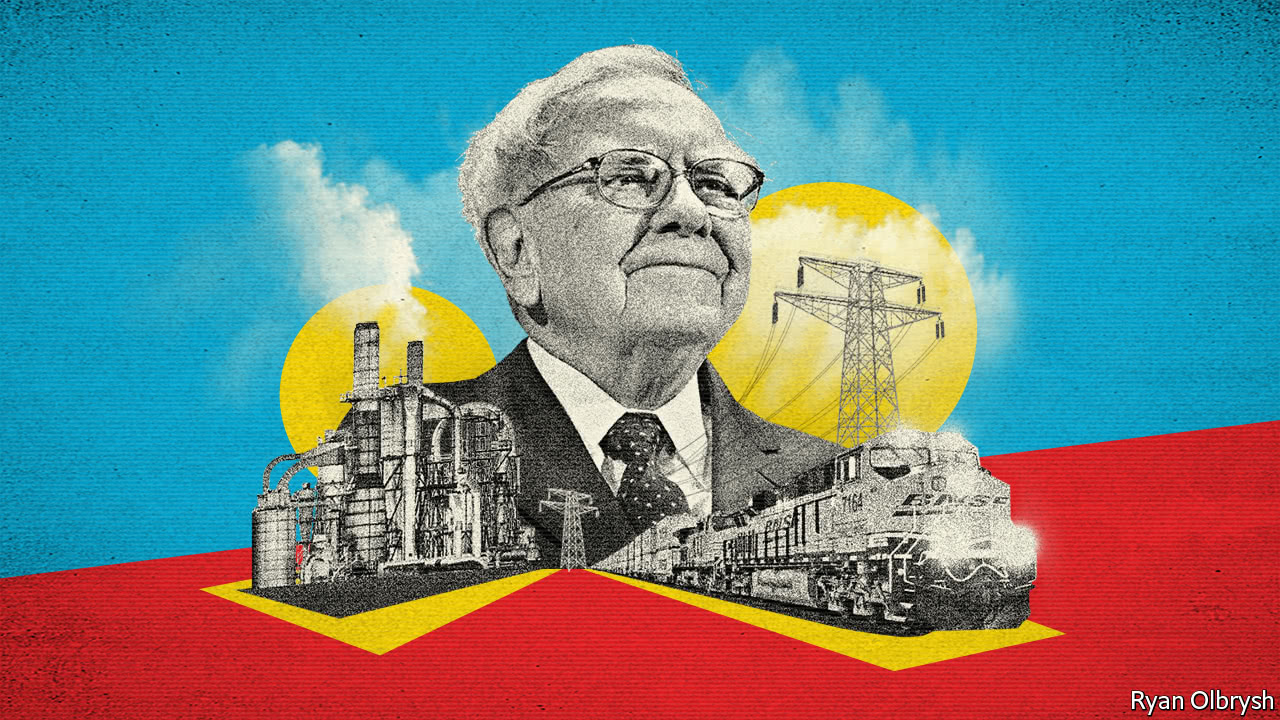 SOME things about Warren Buffett never change, including his non-stop jokes, famous annual letter and his reputation as the world’s best investor. What is less understood is that over the past decade Mr Buffett’s company, Berkshire Hathaway, has sharply altered its strategy. For its first 40 years Berkshire mainly invested in shares and ran insurance businesses, but since 2007 it has shifted to acquiring a succession of large industrial companies.

In some ways it is hard to criticise Berkshire. Its shares have kept up with the stockmarket and its standing is exalted. It is the world’s seventh-most-valuable publicly traded firm (the other six are tech concerns). But Mr Buffett’s behemoth is a puzzle. Its recent deals have had drab results, suggesting a pivot to mediocrity.

It has been quite a spree. Since 2007 Berkshire has spent $106bn on 158 firms. The share of its capital sunk into industry has risen from a third to over half. The largest deals include BNSF, a North American...Continue reading