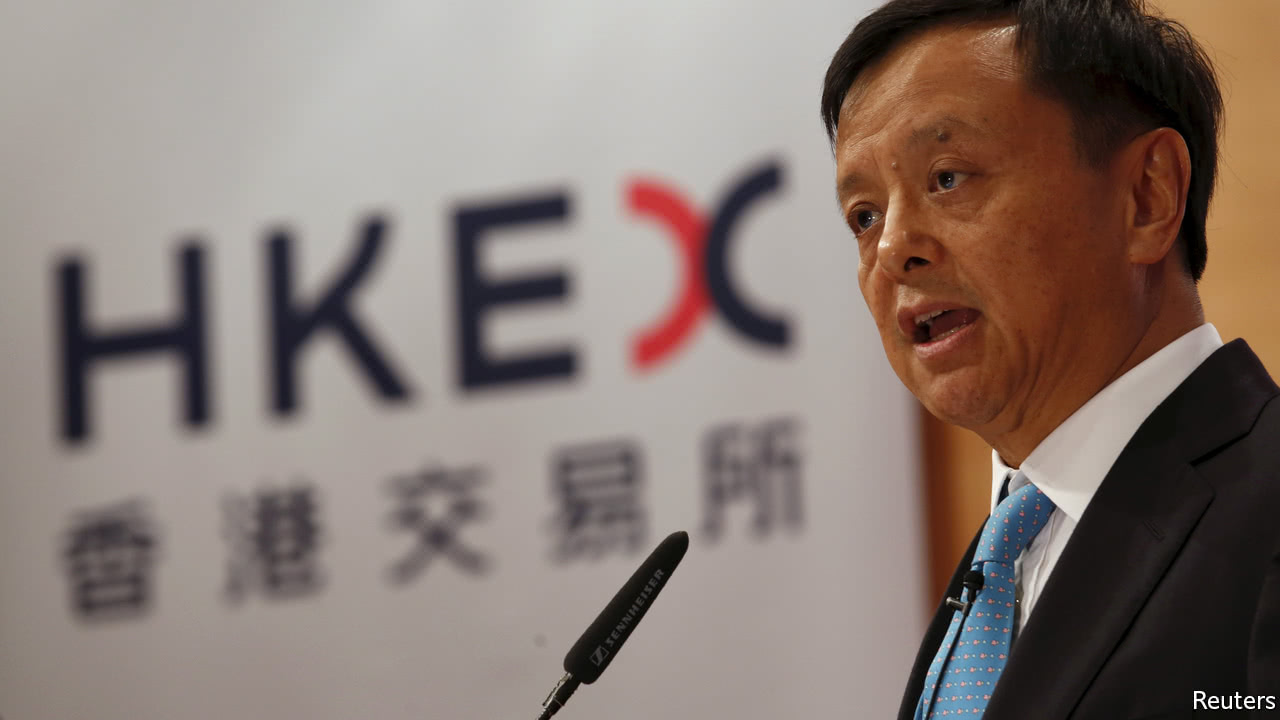 FOR Charles Li, Alibaba was the one that got away. The head of the Hong Kong stock exchange (HKEX) courted the Chinese e-commerce giant when it sought a venue for its listing five years ago, but he could not push through rule changes wanted by Alibaba to keep control of the company in its leaders’ hands. It opted instead for an initial public offering (IPO) in New York. “Losing one or two listing candidates is not a big deal for Hong Kong,” he wrote at the time. “But losing a generation of companies from China’s new economy is.” Since then he has been determined to make the next big catch.

It is finally within his grasp. After a debate that has trundled on for several years HKEX is, in the coming weeks, poised to allow companies to issue shares with different voting rights. Known as dual-class shares, these give founders the ability to control their firms, even as minority owners. This should make Hong Kong the favoured destination for the next wave of Chinese tech firms to go public, from Xiaomi, a smartphone maker, to Ant Financial,...Continue reading