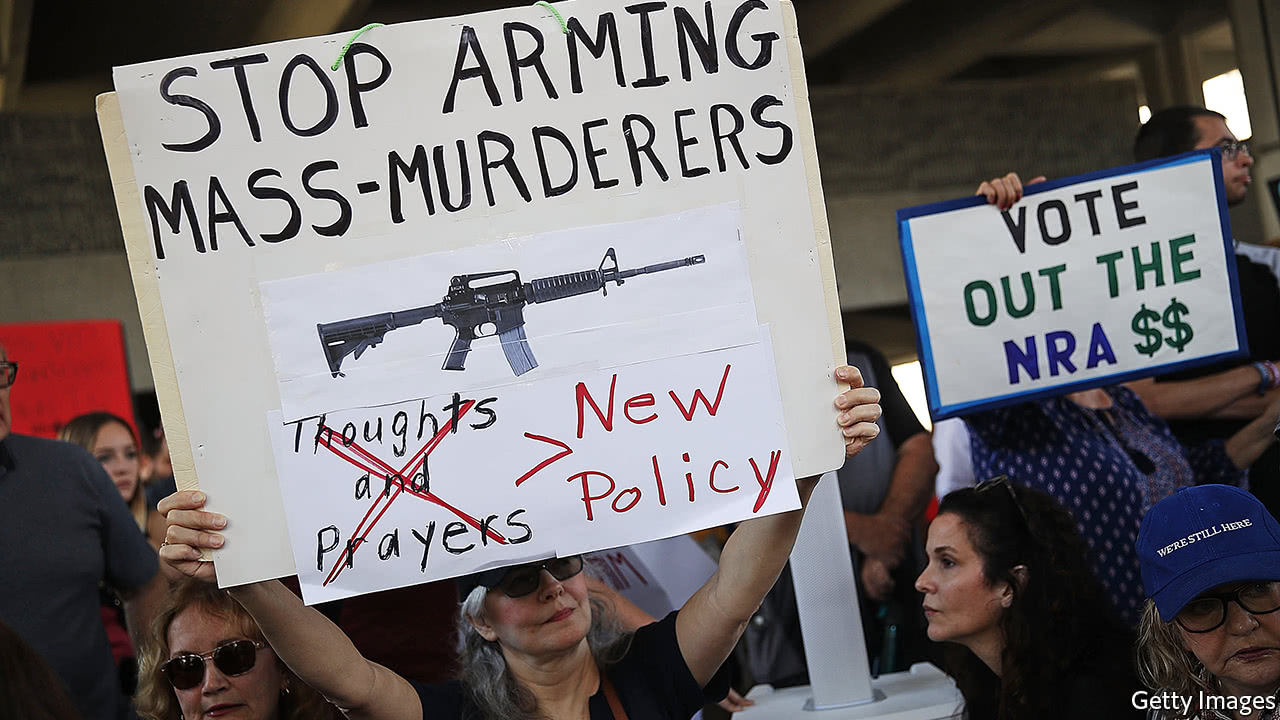 FOR all the controversy that the National Rifle Association (NRA), America’s gun lobby, arouses, Americans of all political stripes have tended to regard it as nearly unassailable. The NRA and its 5m members have therefore been valued customers for companies, too. But after the latest school shooting, at Marjory Stoneman Douglas High School in Florida on February 14th, that has started to change. Not only has the political discussion shifted, but corporate America has reacted.

Snubs from big business began just a week after the shooting. On February 22nd First National Bank of Omaha, a bank, said “customer feedback” prompted it to stop issuing NRA-branded credit cards. Angry customers and riled-up activists, students from Marjory Stoneman Douglas foremost among them, have pushed a campaign to #BoycottNRA on Twitter, piling pressure on companies. In the span of just a few days, several firms ended their discounts for NRA members, including Delta and United, two airlines; MetLife, an insurer;...Continue reading