Why the genome of wheat is so massive 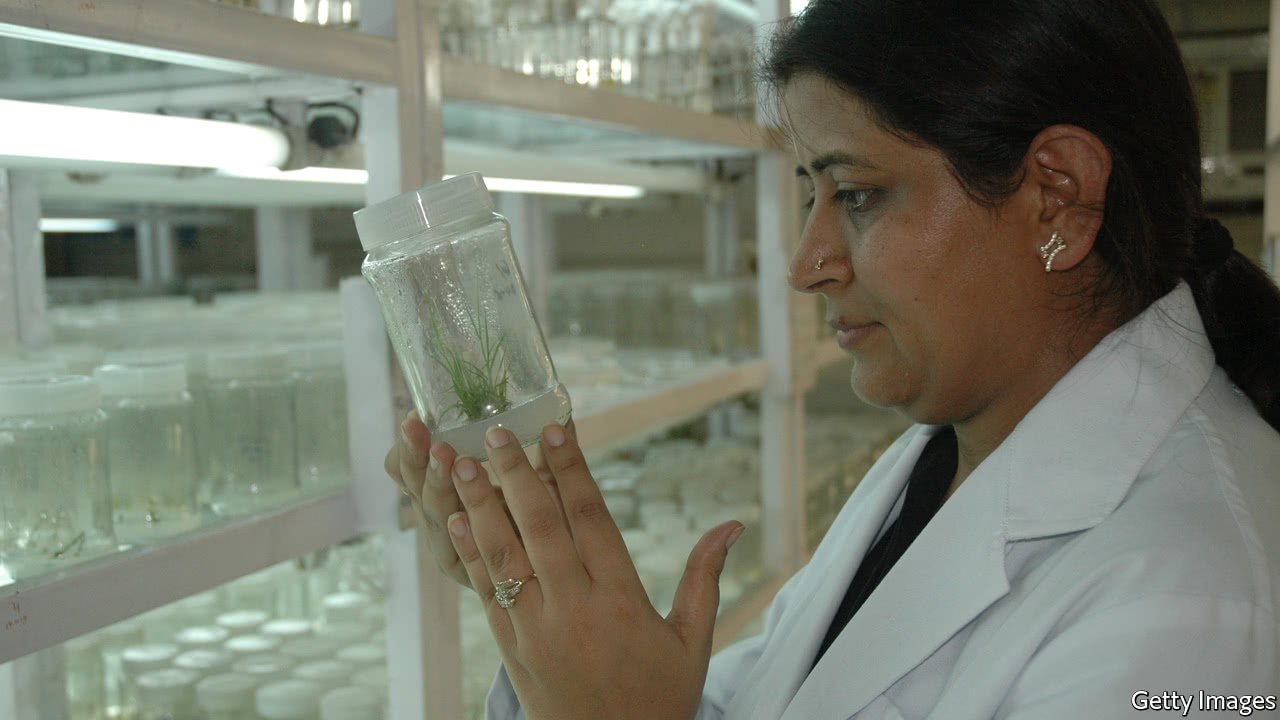 THE domestication of wheat and other staple crops in the Levant some 10,000 years ago allowed for persistent settlement above a level of mere subsistence—one possible definition of the beginning of civilisation. Early farmers grew naturally occurring hybrids of wheat, and over time tamed them into a robust, easy-to-harvest and high-yielding species, the history of which is revealed in the genome of modern bread wheat. It is an enormously dense, complicated genome. And unlike the genetic codes of staples like rice, soya and maize, scientists struggled until 2017 to crack it. Why was it so hard to decipher and was it worth the effort?

The genomes of ancient wheats, such as wild emmer, contain more of the DNA base pairs required to create proteins than that of humans. Domesticated hybrids, like bread wheat, are even larger. Bread wheat has nearly six times the number of DNA base pairs as humans (about 17bn compared with humans’ 3bn). That is in part because humans are diploid, with two sets of chromosomes, whereas the chromosomes of bread wheat...Continue reading