How the international community has failed South Sudan 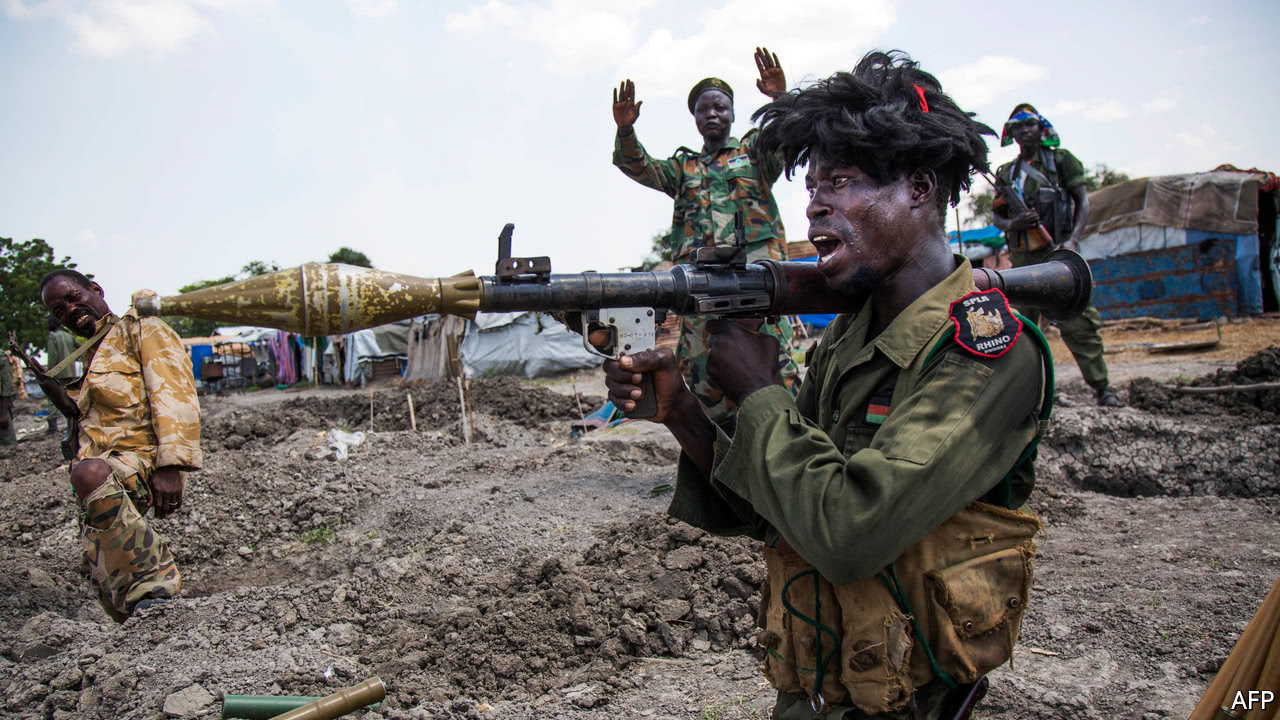 HOW to solve a problem like South Sudan? Regional peacemakers gathering in Addis Ababa over the past fortnight have struggled again to find an answer. Despite a succession of peace agreements and international resolutions (indeed the peacemakers may sign something this week), fighting in the world’s newest country has now entered its fifth year. It erupted in 2013 after President Salva Kiir (a Dinka) sacked his deputy, Riek Machar (a Nuer), pitting the country’s two largest ethnic groups against each other in a deadly struggle for supremacy. Since then fighting has taken place across multiple fronts, as rebel groups have mushroomed across the country. Nearly a third of the population have fled their homes and over 5m face hunger. IGAD, the east African bloc leading the peacemaking efforts, brokered a ceasefire in December. But the South Sudanese government, which has the stronger military force, shows little interest in meaningful compromise. And without the credible threat of tough sanctions or a comprehensive arms embargo, violations of the...Continue reading

Four types of drinker: which one are you