Who is going to win the Italian election 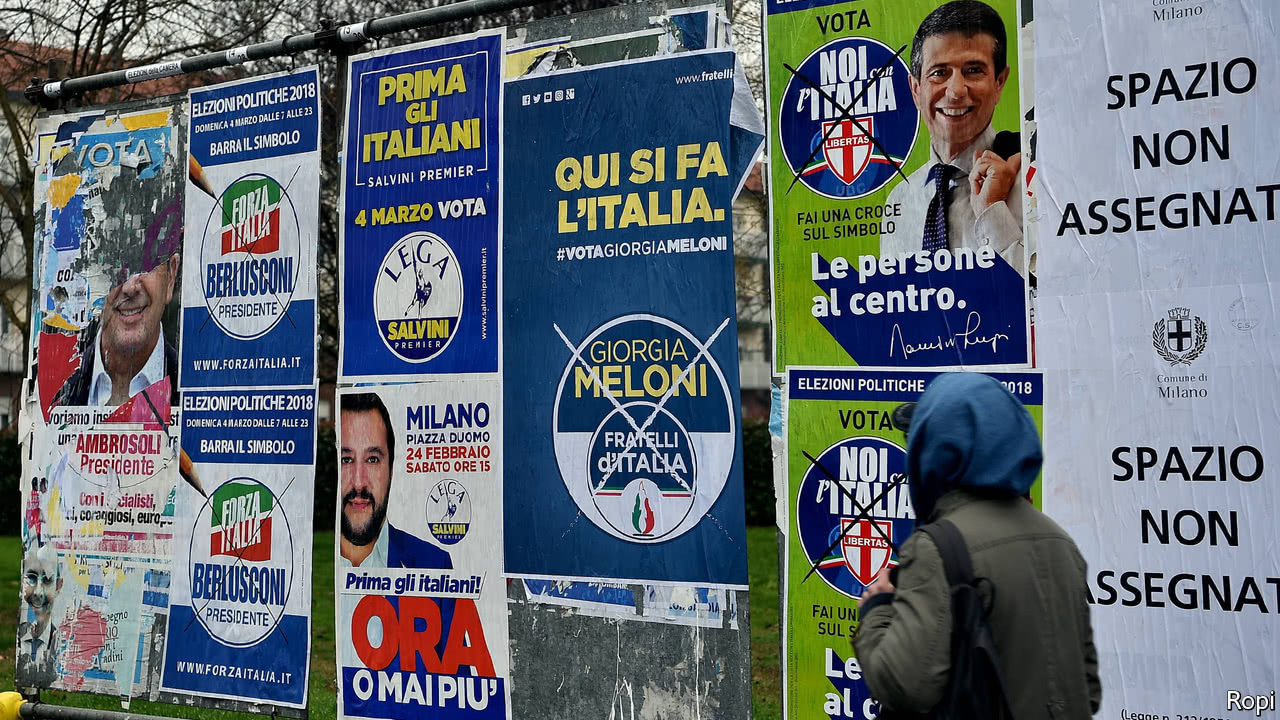 ON March 4th Italians will vote in a general election widely regarded as the most important in Europe this year—and the one with the greatest potential for tipping the euro zone back into crisis. Two of the main parties in contention are sceptical about the single currency. One is the anti-establishment Five Star Movement (M5S). The other is the right-wing populist Northern League led by Matteo Salvini, which forms part of a broader electoral alliance forged by the former prime minister, Silvio Berlusconi. All the main contenders, moreover, have been making extravagant promises that threaten to increase Italy’s budget deficit and its already huge public debt (132% of GDP at the end of 2016). Any loosening of Italy’s public finances could send the interest rates on its existing debt soaring. The outcome matters. But who will win?

It is not a trick question. But there is a trick answer: it will not necessarily matter. It is highly likely the crucial decisions will be taken after polling day. The M5S will probably get the greatest number...Continue reading

Money stolen by Bernie Madoff is still being found