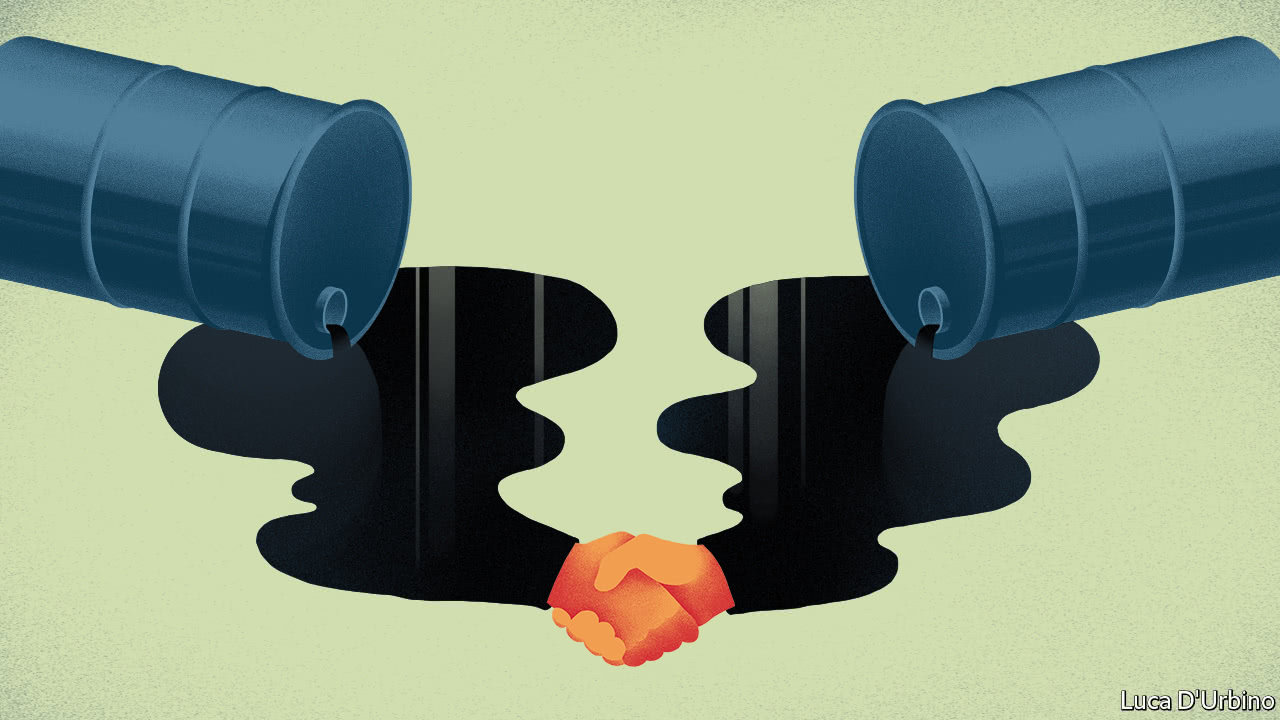 OIL bears beware. On February 20th Suhail al-Mazrouei, OPEC’s rotating president and energy minister of the United Arab Emirates, said the 14-member producers’ group is working on a plan for a formal alliance with ten other petrostates, including Russia, aimed at propping up oil prices for the foreseeable future. If it comes to anything, it could be OPEC’s most ambitious venture in decades.

The result will not be, he insists, a “supergroup”. The notion of Saudi Arabia and Russia joining forces as the Traveling Wilburys of the oil world may be a bit jarring. It remains an idea in “draft” form. But whatever its chances, it attempts to shift a belief widely held by participants in oil markets: that non-American oil producers are helpless against the shale revolution.

That belief has strengthened because of a renewed flood of American shale production in the latter part of 2017 after prices of West Texas Intermediate climbed above $50 a barrel. The International Energy Agency...Continue reading