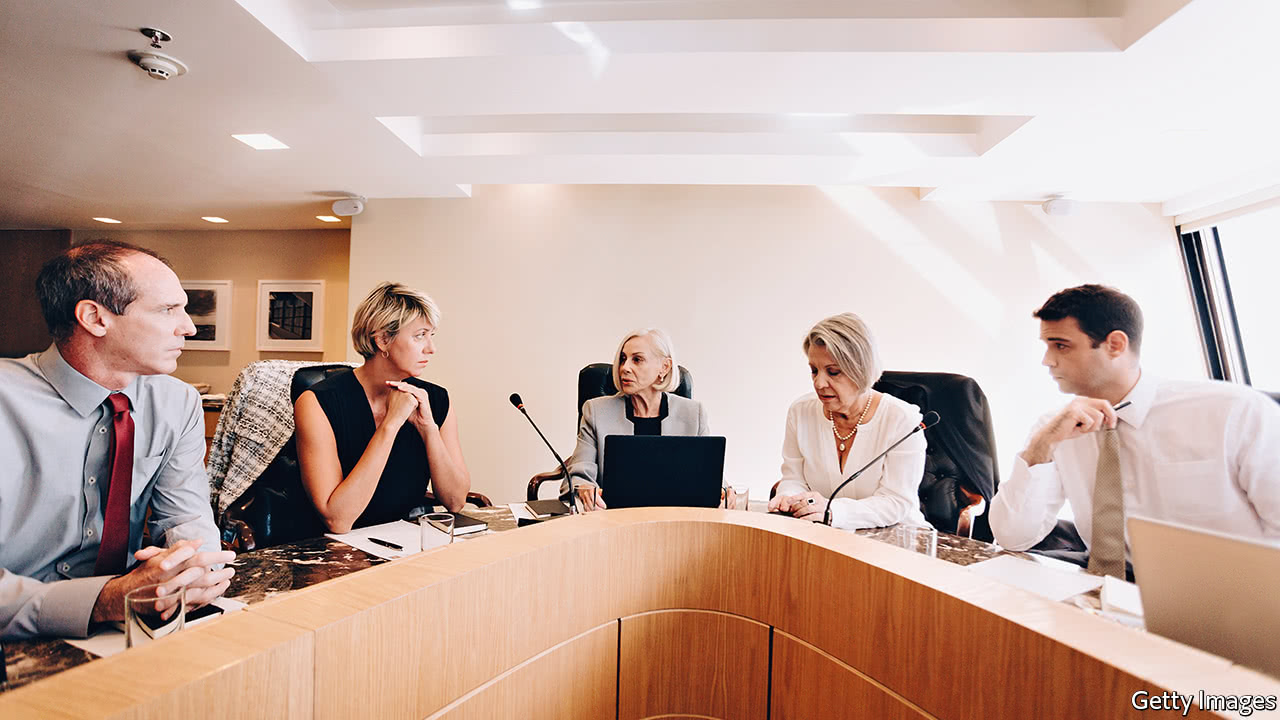 THE centrepiece of the opening-bell ritual at the London Stock Exchange on February 2nd was a roll call to honour 27 global investors. They were lauded for pledging allegiance to the “30% Club”, a group which campaigns for precisely that proportion of women on corporate boards globally. Membership is a hot ticket, judging by the club’s expansion. Behemoths including BlackRock, J.P. Morgan Asset Management and Standard Life have joined, and are voting against boards that fail to appoint more women.

In much of western Europe, such efforts follow a decade-long push by governments. In 2008 Norway obliged listed companies to reserve at least 40% of their director seats for women on pain of dissolution. In the following five years more than a dozen countries set similar quotas at 30% to 40%. In Belgium, France and Italy, too, firms that fail to comply can be fined, dissolved or banned from paying existing directors. Germany, Spain and the Netherlands prefer soft-law quotas, with no sanctions....Continue reading