Will Comcast try to outbid Disney for Fox? 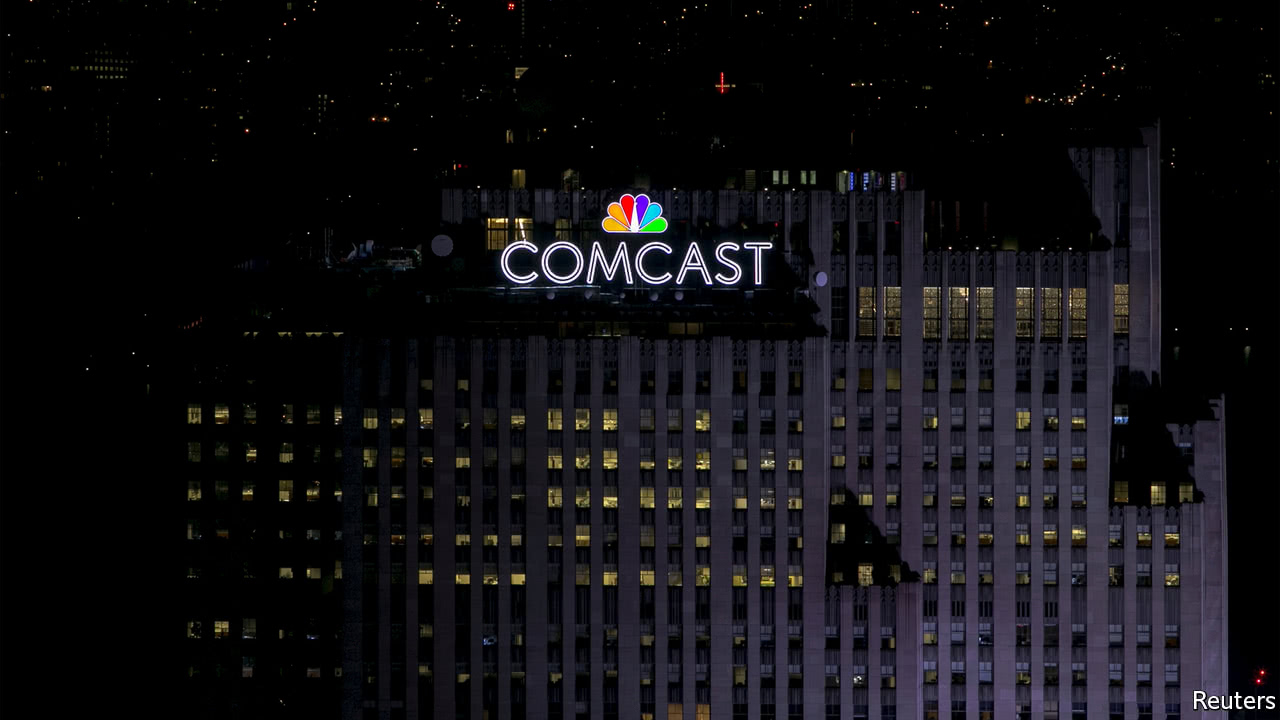 WHEN Disney struck a deal just before Christmas to buy much of 21st Century Fox for $66bn, it was a career-defining moment for the two firms’ bosses, Bob Iger and Rupert Murdoch. A third media mogul, Brian Roberts of Comcast, was left out in the cold. Having tried and failed last autumn to get Mr Murdoch to take a higher offer, Mr Roberts may now be preparing a still richer bid to upend the deal.

It is not hard to understand his motivation. Comcast is in an awkward position at a time when the media landscape is shifting. With millions of consumers dropping pay-TV for the likes of Netflix, media companies have suddenly become either buyers, to achieve scale, or sellers, to exit. Mr Roberts has always been a buyer, building the cable business his father started into a diversified empire through acquisitions, including AT&T’s broadband business in 2002 and NBC Universal in 2011. Comcast now has heft in a number of businesses—broadband and cable, television networks, a film studio...Continue reading